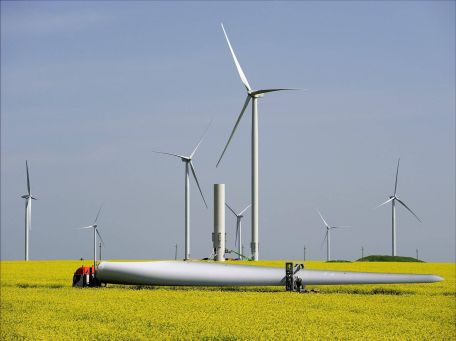 In most of this region's countries, wind energy in 80's and 90's was unpopular and limited only to very small wind generators with capacity up to 2 KW for own use in remote areas with missing utility grid network. Renewable energy support and incentive mechanisms have been the most important factors which enabled the growth of a market since 2000. The governments in the CEE and SEE countries introduced some measures to support alternative energy producers to meet the EU's targets for higher usage of renewables. National Renewable Energy Action Plans (NREAP's) have been developed for each of EU member countries setting mandatory targets with Directive 2009/28/EC for renewable energy usage as a share of final energy consumption by 2020. Consequences of the continued financial crisis in the EU zone are pressing policy-makers to cut costs, which could negatively affect the wind energy sector, which is dependent on government incentives and stable regulatory framework and laws according to CEE & SEE Countries Wind Power Market Outlook 2013 - 2018

Our forecast for the wind power sector in CEE and SEE countries is positive. Best developed markets are the Czech Republic, Greece, Poland, Romania and Turkey. However, subsidy cuts and grid saturation due to poor government participation in investment and planning processes reduced development in some countries. On the other side liberalization of electricity markets and proposed EU-wide smart grid network between all EU member states could make possible after a few years export of produced electricity from markets with lower subsidy schemes and electricity prices to countries with high demand and higher electricity prices.

Next wave markets with short and medium-term potential for development in 2013/2014 are Romania, Turkey, Poland, Croatia, Serbia and Ukraine. We expect market drivers by the end of 2013 to be projects with capacity mainly in the range between 20 MW to 100 MW. More information about these promising markets you may read here: CEE & SEE Countries Wind Power Market Outlook 2013 - 2018