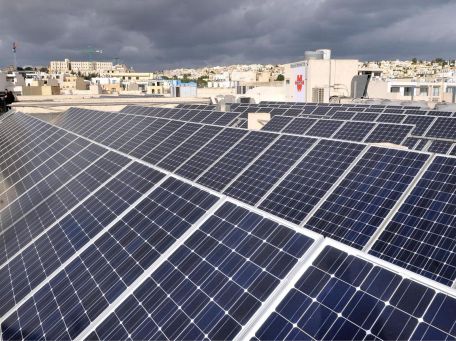 The country has a balanced portfolio of energy generation facilities including, nuclear, hydro, coal and gas-fired plants. According to studies conducted by Romanian Ministry of Economy, Trade and Business Environment, Romania will need additional 20 GW electricity generation capacity by 2035 in order to meet the increasing electricity demand, to de-carbonize its electricity sector and to replace ageing power generation facilities. Renewable energies are one logical option for this de-carbonization. The remarkable development of the wind sector in Romania in the past 3 years proved that this is possible.

Romania was one of the most promising emerging markets for photovoltaic energy investments in 2013 amongst SEE countries according to Romania Photovoltaic Market: Outlook 2014 - 2025. With the introduction of support mechanisms in the law in 2008 and the subsequent amendments in 2010, 2011 and 2012, Romanian photovoltaic energy market multiplied its growth, which started in 2012 of more than 30 fold in 2013. The country had cumulative solar (PV) photovoltaic installed capacity of only 29 MWp for 2012 and exceeded 1,000 MWp (1 GWp) by the end of 2013.

Currently, Romania gives 3 (three) green certificates GC's) per MWh for electricity produced from solar power plants from 2014. For the period 2008-2025, a green certificate may be traded within a minimum value for 2014 of € 27/MWh and a maximum value of € 55/MWh. These values are adjusted yearly by energy regulator ANRE according to the average annual inflation index, calculated by Eurostat. According to the overcompensation report published at the end of March 2013 by ANRE and the government decision from December 2013 to reduce the number of green certificates per MWh for electricity produced from solar power plants they had been finally reduced from 6 (six) in 2012/2013 to 3 (three) in 2014.

A draft Emergency Government Ordinance (EGO 57/2013) for the amendment of Law 220/2008 was published on 2 April 2013 and accepted on 4 June 2013. This EGO 57/2013 approves granting a certain number of GCs to have differed for projects commissioned from 01.07.2013 – 31.12.2016 (1 GC/MWh for wind and hydro, 2GCs/MWh for solar PV). Such GCs shall be recovered on stages starting with 1 Jan 2017 for solar PV/hydro projects and 1 Jan 2018 for wind projects. Some other legal changes, which happened in 2013, could also play the cooling role over the young Romanian solar PV market during 2014 and the next years. Romania Photovoltaic Market: Outlook 2014 - 2025 is giving forecasts about the probability the market to slow down or freeze like the solar PV markets of Bulgaria, Slovakia and the Czech Republic.