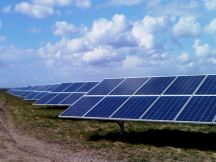 All of the CEE & SEE countries have set up renewable energy capacity targets, assisting their aims to obtain a share of its power generation from renewable energy sources, including solar energy. In EU member countries, these targets are set by the European Commission (EC). In non-EU member countries, RES targets are set in energy strategies or renewable energy action plans. To achieve these goals, the countries' transmission infrastructure might require further considerable improvements to allocate additional capacity increments. Consequences of the continued financial crisis in the EU zone are pressing policy-makers to cut costs, which could negatively affect the photovoltaic sector, which is dependent on government incentives and stable regulatory framework and laws according to CEE & SEE Countries Photovoltaic (Solar PV) Market Outlook 2015 - 2025

Our forecast for photovoltaic (solar PV) sector in CEE and SEE countries remains positive. Best developed markets are Czech Republic, Slovakia, Bulgaria, Romania, Greece and Ukraine. However, subsidy cuts reduced development in some of these countries. On the other side, rising electricity prices for industry and households leave room for rooftop PV systems market for own consumption and surplus generation.

Next wave markets with short and medium-term potential for development in 2015/2016 are Romania, Turkey, Slovenia, Croatia, and Serbia. Investors should be cautious regarding green certificates (GCs) cuts in Romania and their cooling effect on this country's PV market. An interesting opportunity in Romania is voted in the spring 2015 feed-in tariff for photovoltaic systems below 500 KWp.

The Ukrainian revolution of February 2014 took place after a series of violent events in the capital of Kyiv, which finally have resulted with the forced resignation of the then-President of Ukraine, Viktor Yanukovych, who escaped and found political protection in Russia. This was immediately followed by a series of changes in quick succession in Ukraine's sociopolitical system, including the installation of a new interim government, the restoration of an older version of the constitution, and the call to immediate presidential elections, which were held on 25 May 2014 and won by Petro Poroshenko.

After that political turmoil in Ukraine was further resulted in the annexation of Crimea by Russia with support of Russian military forces in March and April 2014. This was a heavy strike for the Ukrainian photovoltaic industry because approximately 50 % of all installed solar capacity in Ukraine is located in Crimea. All local and foreign investors immediately stopped their activities at Ukrainian PV market in such an insecure environment.  On 2 April 2014 Energorynok has officially stopped purchasing electricity from photovoltaic power plants located in Crimea because they have been treated as part of the Russian territory.

We expect market drivers by the end of 2015 to be projects with capacity mainly in the range between 1 MWp to 20 MWp. More information about these promising markets you may read here: CEE & SEE Countries Photovoltaic (Solar PV) Market Outlook 2015 - 2025