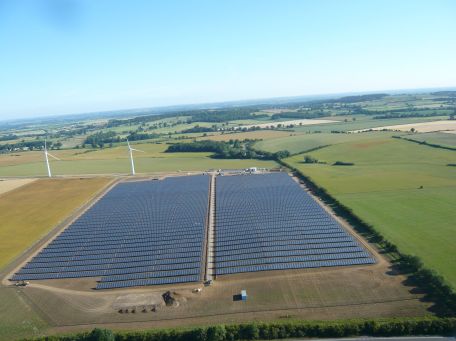 /21st June 2016, RENEWABLE MARKET WATCHTM/ Solar PV power is one of the fastest-growing sources of energy in the world, as demand grows for energy security and independence, driving governments to develop reliable renewable power sources. Green laws have been implemented across Asia between 2008 and 2015 and can dramatically change the power and energy market sizes in this region according to Asia Photovoltaic Market: Outlook 2016÷2025 released by the RENEWABLE MARKET WATCHTM, a global provider of cleantech research and analyses about emerging markets.

"Newly installed solar PV capacity in this region will exceed 30.8 GW in 2016 according to Renewable Market Watch"

Cheap solar can bring electricity to a major part of subcontinent's people who still live off-grid, bypassing the need for installation of expensive grid lines. Solar PV module manufacturers (most of them are situated in Asia) are expected to invest over $4.7 billion in 2016 for the building of new production capacity and upgrades of already existing capacity.

According to Solar Power Europe globally, for the first time over 50 GW of solar power was connected to the grid in a single year, 25% up from 40.2 GW in 2014. The two of the top three biggest solar markets in the world for 2015 are located in Asia – China and Japan. In 2015 China not only added more than twice as much solar as Europe but with its 43 GW cumulative installed PV capacity is taking the number one rank from long time leader Germany (with approx. 40 GW capacity). This also represents more solar power than any other country added in a single year ever before.

In its unique thorough and detailed market report Asia Photovoltaic Market: Outlook 2016÷2025, Renewable Market Watch offers an incisive and reliable overview of the solar photovoltaic sector of Asian countries for the next long term period 2016 ÷ 2025. The number of fully permitted and ready to build projects is promptly increasing. Newly installed solar PV capacity in this region will exceed 30.8 GW in 2016. The rooftop market segment in many Asian countries is not developed and forecasted to score significant growth in the near future.