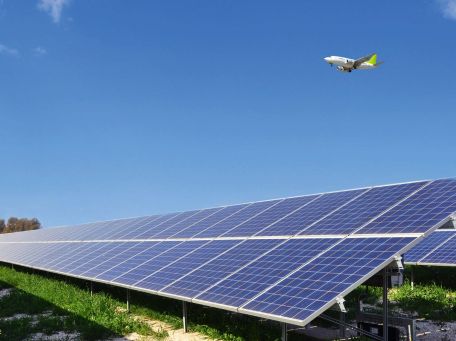 /13th March 2017, RENEWABLE MARKET WATCHTM, Ingeteam)
One of the largest PV plants in Australia has been now inaugurated, namely the Moree Solar Farm, with a rated power of 56 MWac (70 MWp). This project has been the first utility-scale solar plant in the country to be equipped with a system that allows the PV panels to follow the path of the sun, from east to west. Moree Solar Farm uses a single-axis horizontal tracker that maximises the power output, making it possible to supply approximately 145 GWh of energy annually to around 24,000 Australian households. The plant’s output is connected to Essential Energy’s distribution network, allowing the solar farm to supply electricity into the grid and trade in the National Market.

Although the power plant has been up and running for nearly one year, it had not celebrated its opening ceremony until now. The inauguration took place on Friday, 3rd March 2017 and brought together the main representatives of the companies and institutions involved in the project. Ben Franklin, Parliamentary Secretary for Renewable Energy, and Amy Kean, Renewable Energy Advocate, attended as the main representatives of New South Wales’ government.

Fotowatio Renewable Ventures (FRV), the plant proprietor, financed the project with the support of the Government of Australia, through a 101.7 million Australian dollar loan. The engineering and construction of the photovoltaic plant was carried out by the company Green Light Contractors Pty Ltd, a subsidiary of Elecnor.

The project is located at one of the sunniest sites in Australia. The municipality of Moree in New South Wales takes its name from a Kamilaroi word meaning ‘rising sun’, and it was selected for this very reason, as well as for the high availability of land -its surface area is 280 hectares-, its good transport links and the proximity of a substation to connect the solar farm to the national electricity grid.

Ingeteam supplied the following products and services for this project: