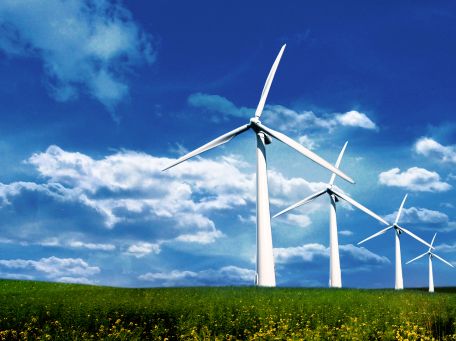 /18th April 2017, FS UNEP, BNEF) According to a recent report of FS UNEP and BNEF In 2016, the advance of renewable energy slowed in one respect and speeded up in another. Investment in renewables excluding large hydro fell by 23% to $241.6 billion, but the amount of new capacity installed increased from 127.5GW in 2015 to a record 138.5GW in 2016. Together, the new renewable sources of wind, solar, biomass and waste, geothermal, small hydro and marine accounted for 55.3% of all the gigawatts of new power generation added worldwide last year. More solar gigawatts were added (75GW) than of any other technology for the first time. A major reason why installations increased even though dollars invested fell was a sharp reduction in capital costs for solar photovoltaics, onshore and offshore wind. On a less positive note, there were clear signs as 2016 went on of slowing activity in two key markets, China and Japan.

There were several reasons, one of the most important of which was lower dollar-denominated costs. The average capital cost for PV projects starting construction in 2016 was 13% lower than in 2015, while for onshore wind the drop was 11.5% and for offshore wind 10%.

A second reason was one of timing. A lot of projects in wind and solar were financed in late 2015 and only commissioned in 2016, in which case the investment dollars associated with them were recorded in the earlier year and the GW addition in the latter one. Indeed, the 2015 global investment A third issue was that an underlying slowdown in activity did set in, in some key markets, during the course of 2016. In particular, the Chinese solar market decelerated sharply, after a hectic first half that saw 22GW installed, to a second-half with 8GW installed. Japanese solar slowed, from 11.5GW in 2015 to 9.2GW installed in 2016.

Finally, several up-and-coming renewable energy markets in the developing world produced record investment figures in 2015 but then saw sharp falls in 2016 in response to scheduled pauses, or delays, in their auction schedules. South Africa, Mexico, Morocco and Chile – all $2 billion-plus investment locations in 2015 – fell into this category in 2016.

There was one important influence pushing global investment in renewables last year the other way – up – and that was an unprecedented surge in financings for offshore wind projects. These sea-based arrays typically have a much higher capital cost per MW than onshore wind farms, compensating for that to some extent by generating for a higher proportion of the year. In 2016, investment decisions in offshore wind totalled $30 billion, up 41% from the previous year, with no fewer than 14 projects each worth between $500 million and $5.7 billion getting the go-ahead in the UK, Germany, Belgium, Denmark and China.

More information about Asian solar market you can read in this report: