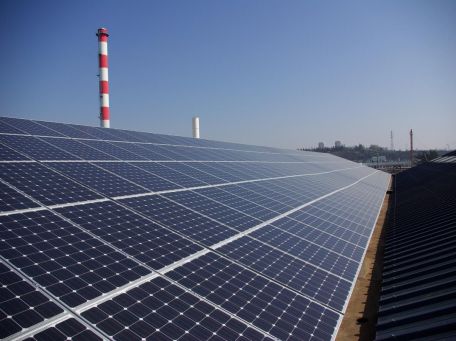 /26th October 2017, RENEWABLE MARKET WATCHTM/ The European Bank for Reconstruction and Development (EBRD) at the beginning of May 2017 has signed a memorandum of understanding (MoU) with Albania to help the country promote investment in solar PV power. Signed with the country’s Ministry of Energy and Industry, the MoU will enable the development of solar power projects through an auction system. The idea is to mobilize investment in Albania’s solar power so that the European country can reduce its dependence on energy imports and hydropower. This MoU aims to arrange and support the development of solar PV projects in Albania with a total capacity of between 50 MW and 100 MW through an auction-based system to apply the best international practices. The Albanian energy regulator (ERE) in August 2017 has set a regulated tariff €100 ($118.5)/MWh for PV projects with a capacity of up to 2 MW revealed Western Balkans Photovoltaic Market: Outlook 2016÷2025.

EBRD organized a workshop on the development of solar power in Albania, Ministry of Infrastructure and Energy of Albania and Hellenic Regulatory Authority for Energy on 24 October 2017 to discuss further development of the solar PV sector in the country. At the moment, 95 % of Albania’s power generation comes from hydropower plants.

Due to its climate, the high intensity of solar radiation and its relatively long duration, Albania has favourable conditions for the development of solar energy. Albania’s solar radiation is calculated to more than 1,500 kWh/m2/year. The average daily solar radiation is about 4.1 kWh/m2, reaching more than 4.6 kWh/m2 in the country's southwestern part. The country has on average about 2,400 hours duration of sunshine per year, 2,500 hours in the western part and a record of about 2,850 hours in certain locations. Solar energy is being increasingly used for heating purposes, while photovoltaic energy is still unexplored.

/21st December 2020, RENEWABLE MARKET WATCHTM/ The technical and economic potential for clean power generation from solar PV, wind, and bioenergy in Ukraine is considerable. Broader development of renewable energy would...

UK Launches Research into Space-based So…

/18th November 2020, Priyanka Shrestha, Energy Live News/ The UK has launched research into whether solar power in space could offer the potential for an unlimited and constant zero carbon source...

/26th October 2020, RENEWABLE MARKET WATCHTM/ This is the first-ever made the thorough and detailed market report, which offers an incisive and reliable overview of the solar photovoltaic sector of Central...