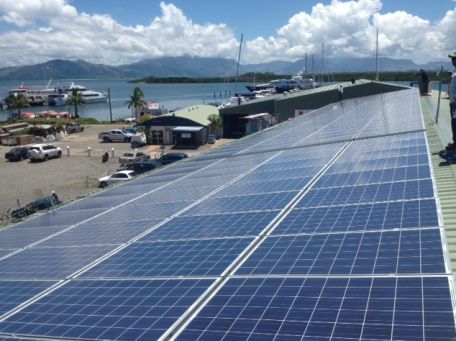 /30th November 2017, PV Magazine, GTM Research/ European solar demand will see 35% year-on-year growth in 2018, according to U.S. market research company, GTM Research. European countries such as France, Germany, the Netherlands and Spain are all forecast to be GW-scale markets in 2018. Globally, around 606 GW of new PV capacity is forecast to be installed between 2017 and 2022. The global solar market is set to exceed 90 GW for the first time, growing 15.2 percent year-on-year before leveling off towards sustained growth of 5.6 percent in 2018. A resurgence of European demand and the long-awaited takeoff of Latin American markets will drive growth next year as China peaks this year and uncertainty around protectionist measures in the United States, India, and Turkey stall demand. Its latest Global Solar Demand Monitor Q3 2017 says that the “much-needed” strong growth forecast for 2018 will be partly due to increasing demand from Spain and the Netherlands, both of which are currently supporting the development of large-scale solar projects that are planned to come online over the next two years.

While these two markets are not expected to reach GW installations this year, 2018 will see new installs topping 1.4 GW and 1 GW, respectively, says GTM. Only two markets – Germany and France – will become GW -scale markets in 2017, it adds, while the U.K. is not set to be part of the club in either 2017 and 2018.

“The European market is entering a phase of sustainable growth, no longer driven by the Feed-in-Tariff boom and bust cycle,” said GTM analyst Tom Heggarty, who cites merchant projects commissioned in Italy, the development of subsidy-free plants in the U.K,. and German PV auction prices moving closer to wholesale power prices, as potential new market drivers.

The report further reveals that Latin American solar demand could double in 2018, with Brazil and Mexico driving this growth and both entering the GW-scale ranking. In particular, Mexico, which has the second-largest demand for electricity in the region, and is home to favourable renewable energy targets, will be able to push the Latin America’s solar demand through 2022, “with 60 percent coming from utility projects and 40 percent distributed.”

GTM’s Global Solar Demand Monitor says Egypt will also become a GW-scale market in 2018, along with Korea and Australia. “After a challenging few years following the initial award and subsequent cut of Feed-in-Tariffs, over 1,500 MW of utility-scale projects in Egypt have now reached financial close, driven almost entirely by a large international development bank financing consortium led by the European Bank for Reconstruction and Development and the International Finance Corporation, which to date has committed nearly $2 billion USD in loans,” said GTM analyst Ben Attia. “We expect the majority of these projects to be realized in late 2018 and early 2019.”