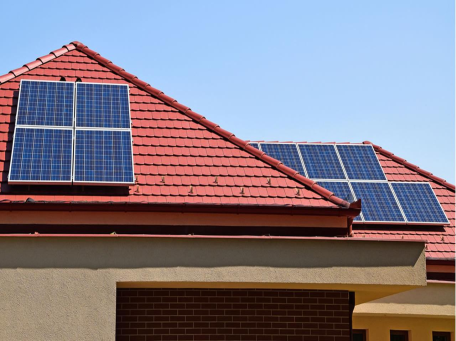 /26th March 2018, RENEWABLE MARKET WATCHTM/ Cyprus is located at the Eastern Basin of the Mediterranean Sea with a subtropical climate. With an area of 9,251 km² and coordinates at 35°N and 33°E, Cyprus lies at the crossroads of Europe, Africa and Asia at the crux of the busy shipping and air routes linking the three continents. The solar irradiation in Cyprus is one of the highest in Europe with more than 320 days of the year considered sunny. Meteorological measurements showed that the annual solar irradiation is approximately 2,002 kWh/m² with a standard deviation of 32 kWh/m². According to Photovoltaic Geographical Information System (PVGIS), measurements taken from crystalline PV systems with inverter efficiency 96 %, showed an average annual yield of 1,672 kWh/kWp. The rapid decline on solar PV  technology costs, the attractive efficiency increase on  PV  modules available for the residential sector and European Parliament public policies on energy to address the climate change issue have substantially increased the number of consumers that have decided to start producing energy under net metering and self-consumption solar support schemes in Cyprus.

What are Net Metering and Self-Consumption Solar?

Net Metering allows residential and commercial customers who generate their own electricity from solar power to feed the electricity they do not use back into the grid. Many countries in Europe have passed net metering laws. In other countries, utilities may offer net metering programs voluntarily or as a result of regulatory decisions. Differences between countries’ legislation and implementation mean that net metering benefits can vary widely for solar customers in different parts of Europe. For example, if a residential customer has a solar PV system on the home's rooftop, it may generate more electricity than the home uses during daylight hours. If the home is net-metered, the electricity meter will run backwards to provide a credit against what electricity is consumed at night or other periods where the home's electricity use exceeds the system's output. Customers are only billed for their "net" energy use. On average, only 20-40% of a solar energy system’s output ever goes into the grid. Exported solar electricity serves nearby customers’ loads.

Cyprus has one of the most developed solar PV markets in Europe regarding net metering and self-consumption due to its geographic island location combined with proper government support. Cyprus introduced net metering support scheme for residential solar photovoltaic (PV) systems in the first half of 2013. After that, Cyprus's government, elected at the beginning of 2015, laid down plans to support its economic growth by developing renewable energies and the solar photovoltaic sector. The strategy's first step was to provide state funding for 2,000 residential solar PV installations to low-income households. Electricity Authority of Cyprus (EAC), started to accept applications as of August 22, 2016, for the new scheme of Net Metering "Solar Energy for All" until completion of the limit of the total power of 20MW. Cumulative installed solar PV capacity in Cyprus increased more than 5 fold between 2012 and 2017.

The country’s main strategy to meet the growing need of power is to reduce energy dependency by increasing energy efficiency and increased use of renewable resources and solar photovoltaic energy. According to calculations of Renewable Market WatchTM by the end of 2020, Cyprus could have up to 93,700 residential and up to 2,860 commercial solar PV installations under net-metering and self-consumption support schemes. However, limitations of the current power system prevent higher penetration at the residential and commercial sectors. Still, this could be feasible soon with the development and utilization of storage systems. In February 2018, German company Autarsys GmbH delivered and commissioned the first community energy storage system in Cyprus. It aims to be a testing ground for how to scale up grid-connected renewable energy on the island.