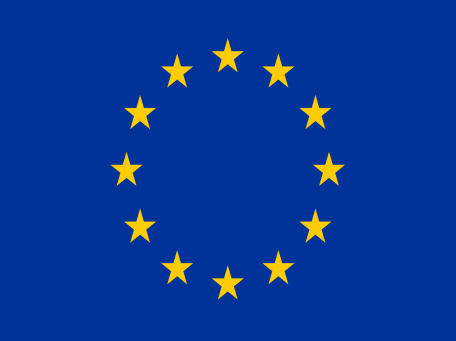 /14th June 2018, Strasbourg, EU Commission/ An ambitious political agreement on increasing renewable energy use in Europe was reached today between negotiators from the Commission, the European Parliament and the Council. Today's deal means that two out of the 8 legislative proposals in the Clean Energy for All Europeans package (adopted by the European Commission on 30 November 2016) have been already agreed by the co-legislators. On 14 May, the first element of the package, the Energy Performance in Buildings Directive, was adopted. Thus, progress and momentum towards completing the Energy Union is well underway and the work started by the Juncker Commission, under the priority “a resilient Energy Union and a forward-looking climate change policy" is delivering its promises. The new regulatory framework includes a binding renewable energy target for the EU for 2030 of 32% with an upwards revision clause by 2023. This will greatly contribute to the Commission's political priority as expressed by President Juncker in 2014 for the European Union to become the world number one in renewables.

This will allow Europe to keep its leadership role in the fight against climate change, in the clean energy transition and in meeting the goals set by the Paris Agreement. The rules agreed today serve also to create an enabling environment to accelerate public and private investment in innovation and modernisation in all key sectors.

We are making this transition to a modern and clean economy taking into account the differences in the energy mix and economic structures across the EU. Beyond updating and strengthening our energy and climate legislation, the EU aims at developing enabling measures that will stimulate investment, create jobs, improve the skills of people, empower and innovate industries and ensure that no citizen, worker or region is left behind in this process.

Commissioner for Climate Action and Energy Miguel Arias Cañete said: "Renewables are good for Europe, and today, Europe is good at renewables. This deal is a hard-won victory in our efforts to unlock the true potential of Europe's clean energy transition. This new ambition will help us meet our Paris Agreement goals and will translate into more jobs, lower energy bills for consumers and less energy imports. I am particularly pleased with the new European target of 32%. The binding nature of the target will also provide additional certainty to the investors. I now call on the European Parliament and the Council to continue negotiating with the same commitment and complete the rest of the proposals of the Clean Energy for All Europeans Package. This will put us on the right path towards the Long-Term Strategy that the Commission intends to present by the end of this year".

•    Sets a new, binding, renewable energy target for the EU for 2030 of 32%, including a review clause by 2023 for an upward revision of the EU level target.
•    Improves the design and stability of support schemes for renewables.
•    Delivers real streamlining and reduction of administrative procedures.
•    Establishes a clear and stable regulatory framework on self-consumption.
•    Increases the level of ambition for the transport and heating/cooling sectors.
•    Improves the sustainability of the use of bioenergy.

Following this political agreement, the text of the Directive will have to be formally approved by the European Parliament and the Council. Once endorsed by both co-legislators in the coming months, the updated Renewable energy Directive will be published in the Official Journal of the Union and will enter into force 20 days after publication. Member States will have to transpose the new elements of the Directive into national law 18 months after its entry into force.

The Renewable Energy Directive is part and parcel of the implementation of the Juncker Commission priorities to build "a resilient Energy Union and a forward-looking climate change policy". The Commission wants the EU to lead the clean energy transition. For this reason, the EU has committed to cut CO2 emissions by at least 40% by 2030, while modernising the EU's economy and delivering on jobs and growth for all European citizens. In doing so, the Commission is guided by three main goals: putting energy efficiency first, achieving global leadership in renewable energies and providing a fair deal for consumers. By boosting renewable energy, which can be produced from a wide variety of sources including wind, solar, hydro, tidal, geothermal, and biomass, the EU lowers its dependence on imported fossil fuels and makes its energy production more sustainable. The renewable energy industry also drives technological innovation and employment across Europe.

The EU has already adopted a number of measures to foster renewable energy in Europe. They include:

•    The EU's Renewable energy directive from 2009 set a binding target of 20% final energy consumption from renewable sources by 2020. To achieve this, EU countries have committed to reaching their own national renewables targets. They are also each required to have at least 10% of their transport fuels come from renewable sources by 2020.
•    All EU countries have adopted national renewable energy action plans showing what actions they intend to take to meet their renewables targets.

As renewables will continue to play a key role in helping the EU meet its energy needs beyond 2020, Commission presented on 30 November 2016, as part of the Clean Energy for All Europeans, package, its proposal for a revised Renewable Energy Directive.