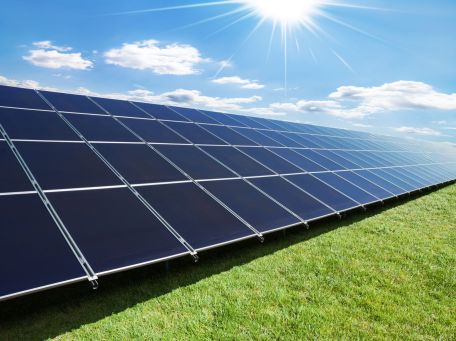 /4th July 2018, Ricardo G Barcelona/ “Buy low, sell high” is sound tactical advice. Capital budgeting’s prescribed ideals negate the tactic’s benefits: “Reduce volatilities, fix prices and volumes”. When there is operational flexibility, firms supply only when they earn a profit, while avoiding losses by interrupting supplies when prices are too low. As a result, “risk aversion” swaps foregone value from higher prices for “conservative”, albeit mediocre returns. Old habits, however die hard: Intuitively, the avoided losses add to the firm’s value, as well as the higher returns, when prices are high. Managers, however, lock-in long term commitments through power purchase agreements (PPAs) to achieve predictable outcomes. For intermittent renewables – wind and solar – prices are fixed for volumes delivered when available. This foregoes any price upside, while exposing the firms to continually renegotiate their contracts that increase uncertainties – and risks. Here’s why!

Energy markets do not cease to be volatile no matter what managers choose to assume. Hence, PPA prices could be above or below market prices. As market prices fall well below PPA prices, buyers may find it worthwhile to renege and buy at lower market prices, leaving suppliers with unsold supplies (or vice versa). To correct for this imbalance, managers would spend inordinate time and money to renegotiate their contracts, while achieving little in mitigating financial risks.

The cure is to recognise renewables’ economic role for what they are – a hedge that allows supplies diversification. This implies that renewables’ value is fully realised when evaluated under a mixed supplies portfolio. They are optimised by matching resources, logistics, and technologies, to what the markets need. In this dynamic world, a functional energy market facilitates capital to be allocated in order to align the firms’ economic objectives with societal needs.

To sustain the energy transitions, energy firms should earn a profit as reward for risk-taking. While reports on new projects are plenty, with 50% of new capacity accounted for by wind and solar, how they translate into supply security and affordability are less stellar. Adjusted for outputs, half of MW installed produces about 12% of new power supplies from solar, or 15% of wind given their lower conversion rates. In contrast, hydro, geothermal, coal and gas operate at close to 90% utilisation rates, hence requiring less MW to produce the required supply.

Not all renewables are created equal. Energy markets, too, differ in how they reward risk-taking by firms. Intermittent supplies, such as wind or solar increase periodic volume volatilities that are compensated by, and often at the expense of, coal, gas, hydro or geothermal power’s stable volumes. Costs, in contrast, favour renewables’ zero fuel costs that offset coal or gas’ volatile fuel costs.

Renewables are either modulated (hydro and geothermal) to demand, or intermittent (wind or solar) where supplies are random. Under competitive systems, two interacting effects conspire to change the game in how energy firms flourish: a) Renewables erode prices by displacing less efficient coal or gas-based supplies; and b) Rapidly falling costs could make early solar capacity (hence, more expensive) to become obsolete before their operational life expires. For now, take this as our proposition that we shall revisit later.

Investments comprise two parts: The amount committed to build the assets (i.e. capital expenditures), and the payoffs that are required to recoup the investments and the returns to reward risk-taking by firms. This brings us back to why technological differences matter – and serve as the bases for understanding renewables’ hedge values, and their differing magnitudes.

The challenge to intermittent renewables is to earn enough to recoup its investments, that wind is closer to surmounting. Solar faces two paradoxical conditions: With low volumes, what investors forego by waiting is substantially less than what prospective “savings” could be realised from rapidly falling capital expenditures. Thus, as costs fall faster with rapid expansion of installed capacities, late adopting firms profit more at the expense of early movers.

Let us now examine how the payoffs differ, and how different supplies respond to price and volume volatilities. Under competitive energy markets, power prices are set by recovering the fixed costs and operating expenses, which are fairly stable, and fuel costs (coal or gas) that vary with oil prices. The marginal supply that clears the demand sets the periodic prices, usually by coal or gas-based supplies.

Adding renewables in mixed supplies portfolios embed call or put options. A call on higher returns is gained when pricing and volume flexibility allow firms to appropriate the upside. When power prices are fixed, renewables provide hedge against rising fuel costs, or a put on future fuel liabilities. The option values increase with rising power or fuel prices, while diminishing with falling prices. The cost to gain this option is the capital expenditure. Hence, lower capital expenditure and higher payoffs (hydro, geothermal or wind) are preferred over the opposite (solar).

Inclusion of hydro and geothermal dampens power prices. Norway and Spain’s experiences are instructive: power prices fall when more hydro power is available (or vice versa). This is simply the competitive market at work – as zero fuel costs supplies increase, the less efficient coal or gas are displaced, leaving the cheapest coal or gas supplies to set the marginal prices. By ignoring real and imminent threats to returns, particularly for fossil fuels-based portfolios, the extent of renewables’ impact on value erosion is often under-estimated.

Coal suffers dual existential threats. With cheaper gas replacing coal, its prospect of recouping its investments is in question, when lower despatch results in lower cash margins that prove insufficient to recover substantially higher MW capacity costs (than gas). While volume flexibility may offer scope to avoid making periodic losses, this may prove insufficient to offset the effects of declining power prices. Coal’s prospects may change if new technologies could reduce its capacity costs, while significantly eliminating its carbon emissions.

Solar power’s rapid decline in capacity costs is a blessing for late-movers and, a curse for the early adopters. As solar becomes cheaper to install, those coming in late enjoy the benefits from others’ labour. The early adopters, however, are stuck with expensive supplies that eventually priced them out of the market. This is the quandary that solar investors face: Exuberant altruism by early adopters are trumped by supportive economics of late-comers. As this cycle is repeated, rapid expansion in installed base seldom produces thriving – much less profitable solar firms.

What now … what next

Volatile prices and volumes, when managed actively under competitive markets, offer accretive portfolio values when renewables are combined with fossil fuel-based supplies. In this combination, gas offers a bridge to decarbonising the energy system by offering a clean alternative to coal that satisfies secure and affordable energy supplies. Within this interim period, hydro and geothermal, and wind, could meet the tasks of decarbonising energy, while allowing solar and other technologies to compete for its economic niche.

What is likely is a tentative, recursive and even uncertain process that would push the energy transition. Under this market environment, spreading the firms’ bets over a range of technologies, informed by economics, and undertaken with strategic flexibility, firms may enhance their prospects to thrive under this ever-changing energy landscape. In effect, each portfolio would be influenced by what is available in each market, and the extent that obstacles could be overcome by letting market forces to function, and ventures to compete on their economic merits.

This article is based on the author’s new book – Energy Investments: An adaptive approach to profiting from uncertainties, published by Palgrave Macmillan, London, November 2017.

Ricardo G Barcelona is a Professorial Lecturer, School of Economics, University of the Philippines, and Honorary Research Fellow, Imperial College London, Centre for Climate Financing and Investment. He obtained his PhD in Management form King’s College London, served in senior leadership roles at Royal Dutch Shell, London and Den Haag, Netherlands, and was top rated equity analyst and adviser at SBC Warburg and ABN differ in how AMRO/Rothschild, London.