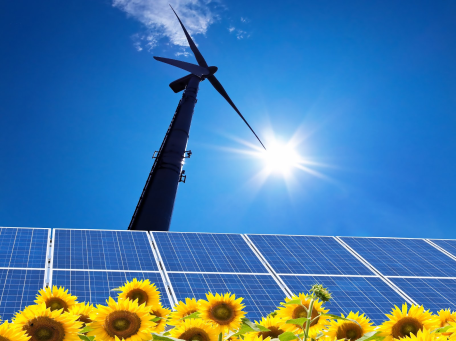 /13th August 2018, RENEWABLE MARKET WATCHTM/ More than 70 per cent of Kazakhstan’s electricity is produced in ageing coal-fired plants, served by the large volumes of cheap local coal in the northeast part of the country according to Kazakhstan Wind Power Market Outlook 2017÷2026. Consequently, the energy sector, in particular power and heat generation, accounts for 80 per cent of the country’s carbon emissions. Electricity in Kazakhstan is generated by 128 power plants of various forms of ownership. As of 1 January 2017, the total installed capacity of the power plants in Kazakhstan was 21,672.9 MW; and the available capacity was 18,791.4 MW. According to KEGOC in 2017 Kazakhstan saw the increase in electricity generation and consumption compared to 2016: electricity generation grew by 8.8% (or by 8.3 billion kWh) and amounted to 102.4 billion kWh; electricity consumption grew by 6% (or by 5.5 billion kWh) to 97.9 billion kWh.

In 2017, KEGOC registered 280 emergency shutdowns in electric networks (4% more than in 2016). To meet the growing electricity demand, Kazakhstan will have to modernise existing power facilities and construct new power generation plants. Around 80 per cent of electricity is produced in the country’s north, where the coal mines are located. Southern Kazakhstan is less rich in fossil energy resources and relies on electricity imports from neighbouring countries, and the supply of electricity generated in the north. This leads to high losses, as electricity is delivered to the south of the country by highly inefficient transmission networks. Losses of electricity produced during transmission and distribution were 2,798.7 million kWh or 6.2 % of electricity supplied to the grid in 2017. By providing additional generating capacity in the south, the system would become more balanced, and losses would be reduced, providing a double-dividend to the investment.

Due to the rapid economic growth over the past decade, per capita GDP, PPP (current international $) increased from US$ 8,500 in the late 1990s to US$ 26,409 in 2017 according to the World Bank Statistics Service and brought a sharp increase in electricity consumption in the country. Particularly in winter, the electricity supply is sometimes unable to meet demand, leading to electricity shortages and negative effects on regional economic development. The country’s electricity demand is projected to increase by 2.5 per cent annually between now and 2030.

In 2013, Kazakhstan adopted the “National Concept for Transition to a Green Economy up to 2050” outlining the principles of the Green Economy as a future development path. According to information from the Ministry of Energy of the Republic of Kazakhstan at the beginning of 2018, 58 power facilities operating in the country are using renewable energy sources with a total capacity of 352 MW. By the end of 2018, renewable energy power plants' total capacity will be approximately 490 MW (68 facilities).

Kazakhstan aims renewable energy (RE) to reach 50% of its power mix by 2050, with intermediate targets of 3% (or new 2,000 MW renewable power capacity installations) by 2020 and 10% by 2030. One of the main instruments to attract the required investments will be the renewable energy auctions mechanism launched in May 2018. Kazakhstan may receive support to reach their renewable energy objectives by the European Commission, which can mobilize upon request specific technical assistance under the EU Technical Assistance Facility for Sustainable Energy.

As the country progresses in its pursuit of the green economy, Kazakhstan’s renewable energy sector's future is promising. With increasing efforts to reduce the risks of renewable energy investment through regulatory and financial optimisation, private investment has also grown. Increased investment in renewable energy can contribute to Kazakhstan’s long-term vision to establish itself as a regional leader in green economic development, with its goal to diversify electricity generation away from oil and coal, and to reducing greenhouse gas emissions in line with its Intended Nationally Determined Contribution (INDC) under the UNFCCC.

EBRD Provides Financing to Support the 1…