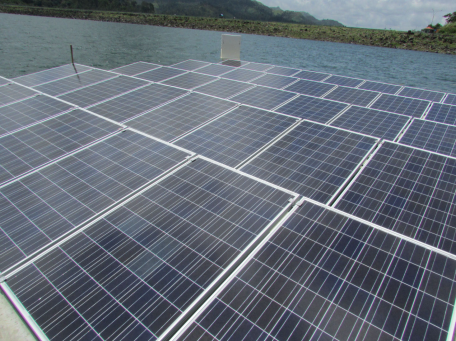 /20th March 2019, RENEWABLE MARKET WATCHTM/ Experimental floating photovoltaic solar power plant project in Kruonis pumped-storage hydroelectric power plant (PSHP), developed by Lithuanian state-owned enterprise Lietuvos Energijos Gamyba has received funding from the Lithuanian Business Support Agency (LBSA). The total amount of 235,000 EUR has been granted. LBSA together with the Ministry of the Economy and Innovation has decided to fund the project after considering 139 applications, 91 of which received grants. The floating solar power plant project has been rated among the best applications. Lietuvos energijos gamyba is developing the project together with the scientists from Kaunas University of Technology (KTU).

During the primary stage of the project, Lietuvos Energijos Gamyba and KTU plan to install an experimental (60 kW) solar power plant in the upper-reservoir of the Kruonis PSHP and to develop an algorithm for managing the power plant and energy storage system. The algorithm will take into account constantly registered network and other physical parameters of the Kruonis PSHP. The primary stage of the project is scheduled to be completed by the end of 2021.

According to initial calculations, covering the whole Kruonis PSHP’s upper reservoir with the floating solar power modules would result in a power plant generating enough electricity to supply more than 120,000 households yearly.

The floating solar power plant project is a part of the Lietuvos Energija Innovation Hub's Open Culture and Partnerships initiative. The initiative acts as a space that enables Group's employees to act on innovative solutions and attracts potential ideas from the outside sources through hackathons and other ideation events.

In the future, the floating photovoltaic solar power plant could use the whole upper-reservoir of the Kruonis PSHP, covering more than 300 hectares. The structure resistant to ice and waves will also be designed to adjust to water-level variations. Combined with the battery energy storage systems, a technology like this would allow Lietuvos Energijos Gamyba to provide reliable FCR and primary reserve services. This will be of key-importance for Lithuania before and after 2025 when the country joins the continental European grid.

Floating solar technologies are creating major new opportunities to scale up solar energy around the world, particularly in countries with high population density and competing uses for available land. The use of floating solar – deployment of photovoltaic panels on the surface of bodies of water – has grown more than a hundred-fold in less than four years, from a worldwide installed capacity of 10 megawatts at the end of 2014 to 1.1 gigawatts by September 2018, according to the first market report on floating solar, produced by the World Bank Group and the Solar Energy Research Institute of Singapore (SERIS).