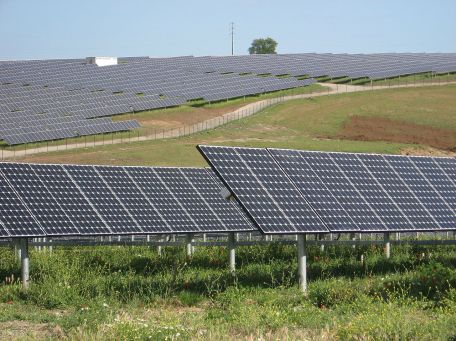 /29th March 2019, RENEWABLE MARKET WATCHTM/ The French government aims to install up to 45.5 GW of solar power by 2028. This means an addition of nearly 36 GW within 10 years or an average of 3.6 GW per year. This target was published in the recent draft of the French government’s ‘Programmation pluriannuelle de l’énergie’ or Multiannual Energy Programme (PPE). While France did not belong to the solar leaders in Europe in recent years, the country wants solar to play a much bigger role in its energy strategy in the coming years. As of this year until 2024, France plans to launch tenders for both ground-mounted as well as rooftop solar adding up to a total of 17.2 GW. France aims to increase the share of renewable energy in its total electricity mix from 48.6 GW at the end of 2017 to 74 GW in 2023 and 102 to 113 GW by 2028. Solar is projected to contribute 20.6 GW by 2023 and expected to be the leader among all renewable energy technologies, reaching between 35.6 GW to 44.5 GW by 2028.

Solar PV installations in France started to grow since 2008. Between 2009 and 2011 PV capacity grew almost 10-fold, from a relatively low level. Growth has since then slowed considerably.  In France, solar power continued growing steadily and reached a cumulative photovoltaic capacity of 6.6 GW by the end of 2015, producing 6.7 TWh of electricity during the year. In 2015 France was the country with the seventh-largest solar PV installed capacity in the world Around 903 MW of new installations were added during the year. In 2016, France was ranked 4th in the EU by installed capacity and 14th in terms of PV capacity by inhabitant at 107.3 Wp/Inhab compared to the EU average of 197.8 Wp/Inhab for the year. The country's largest completed solar park to date was the 300 MW Cestas Solar Park. Approximately 560 MW of new installations were added during the year. In 2018, the state-owned company EDF had plans to invest up to €25 billion in PV power generation, and introduce green electricity tariffs; the plan is projected to "develop 30 gigawatts of solar capacity in France between 2020 and 2035".

EDF Renewables has entered into exclusive negotiations to acquire the Luxel Group, an independent solar energy player in France. Armed with its renowned team in the solar energy sector, the Luxel Group has about one gigawatt (1,000 MWp) gross capacity in operation, ready to build or under development. The purpose of the deal is to accelerate the development of EDF Renewables in photovoltaic energy in France. The EDF Group also wishes to leverage the additional resources brought by this transaction to execute its Solar Plan that aims to reach a 30% market share in solar energy in France, between 2020 and 2035.

Solarcentury, the global integrated solar power company with operations across Europe, Latin America and Africa, has won 57 megawatts (MW) of solar power capacity in the latest solar auction in France, marking the launch of its first-ever development projects in the country. Solarcentury will develop three solar farms in France together with its development partner OXYGN – each one on brownfield sites – called Lourches (17 MW in Hauts de France), Marigny (30 MW in Grand Est) and Digue de Port-Saint-Louis (10 MW in Provence-Alpes-Cote d’Azur). Construction on the first site is set to begin in early 2020, and the projects are expected to produce 68 GWh per year; enough electricity to provide power to more than 25,000 households.

Neoen, France's leading independent producer of renewable energy, and one of the fastest-growing worldwide has announced that it has been awarded a total of 45 MW of projects in the latest government auction for ground-mounted PV projects (the so-called CRE 4.5 - Commission de Régulation de l'Energie). The 45MW total is spread over 5 wholly-owned Neoen projects, in line with the company's business model. The five successful projects will be located in the Tarn-et-Garonne, Moselle, Meurthe-et-Moselle, Allier and Landes départements. Financing through non-recourse project debt on desirable terms has already been secured. Three of the projects will also use local crowdfunding. Two of them will contribute to the rehabilitation of downgraded land. Lastly, construction on three of the projects will begin this year.