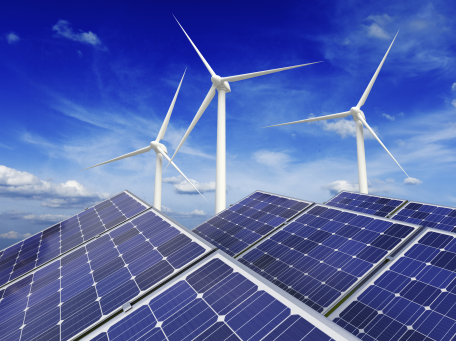 The current state of the European Corporate Renewable PPA Market

Through extensive research and discussions with experts in the industry, Renewable Market Watch™ has identified the key market drivers that will impact investment volume and renewable power capacity additions under the corporate PPA structures over the coming decade in Europe. Corporate sourcing of renewables is already taking place in over 11 countries in Europe and, as of 2018, corporations have actively sourced over 769 terawatt-hours (TWh) of renewable electricity globally. The strong variation in corporate renewable PPA between the European countries reflects the diversity of the legal and regulatory frameworks across the continent.

The total number of 1.9GW of corporate renewable PPAs was signed in Europe in 2018. Wind energy accounts for 85% of corporate PPAs in Europe to date, while the rest 15 % is for solar energy. The top five countries in Europe by signing corporate renewable PPAs in 2018 are Norway, Sweden, the Netherlands, the UK and Spain due to favourable policy conditions. More PPAs in Germany, Denmark, France, Poland and the rest of Europe are expected, once the wind and solar assets start coming off of subsidies in the next few years.

To attract suitable investments, renewable energy projects require high levels of certainty about future power revenues. The Clean Energy Package of the European Union (EU) seeks to change the renewable project's model after 2020. However, it needs to address the obstacles for long term energy contracts, which would allow corporate demand for renewable energy to rise, based on clear and predictable price signals.

Reduction and removal of subsidies for renewables and expiration of the contracts signed under feed-in tariff schemes between 2000 and 2010 in Europe is one of the most important drivers for the corporate PPAs structures, and subsidy-free projects are starting to come to the market. In the UK, the government has been cutting back support schemes for onshore renewables. In Ireland, the current renewable support schemes are now closed to new entrants.

Government support through attractive legal and regulatory framework and tax incentives is one of the best drivers for corporate renewable PPAs in Europe, reveals the recently published study ’Europe Corporate Renewable PPA Market Report 2018 ÷ 2027’. Norway, Sweden, the Netherlands, Denmark, the UK, Spain and some other countries are a good example of how the combination between government support and favourable local conditions may drive the corporate renewable PPA market.

Organizations in Europe are increasingly looking to reduce their environmental footprint and energy costs. While reducing energy consumption is often the most obvious way to reduce the climate's impact, companies need to maintain continuous business operations. As a result, many private companies procure energy from renewable generation sources as part of their plans to reduce carbon emissions in sustainability strategies.

Four companies—AkzoNobel, DSM, Google, and Philips—have formed a unique partnership to jointly negotiate power purchase agreements (PPAs) with wind projects in the Netherlands. Known as the “Dutch wind consortium,” this group executed its first PPA in October 2016, enabling the construction of the 102 MW Krammer Wind Park project. The consortium signed a second PPA in December 2016, which will lead to the construction of the 34 MW Bouwdokken Wind Park project. The consortium represents a potentially replicable model for multiple renewable buyers to aggregate their electricity demand under a single PPA deal.

In autumn 2017, Microsoft and Vattenfall (Nuon) closed a ten-year contract of providing renewable energy from the new wind farm Wieringermeer in the Netherlands, next to the new-to-be-built data centre. In May 2018, Facebook announced a contract with Vattenfall on a new data centre in Denmark and one in Sweden. They will get a green energy supply from a wind farm in Norway. These are just two examples of Power Purchase Agreements. Vattenfall has a portfolio of 4.5 GW of renewable energy from third parties and aims to almost double this number by 2020.

Industry analysts of Renewable Market Watch™ used a complex array of research sources to understand better the role of corporate renewable PPAs and their application in European countries under different local regulations. We concluded that corporate purchasing of renewable energy is key for the EU to meet its 2030 and 2050 climate objectives.

Progress towards addressing the regulatory obstacles, which currently limit the attractiveness and the role of PPAs should be reported on in the 10-year plans mandated by the draft Governance Regulation under the European ‘Clean Energy Package’. Corporate PPAs are a suitable instrument to address offtake risk for developers and financing parties and therefore can significantly help to increase and accelerate the deployment of renewables.

The European Union (EU) competition law puts significant uncertainty over the long term energy procurement contracts. Therefore, the European Commission and EU regulators think broadly about the implications the upcoming state aid guidelines may have on the contributions the PPA business model could have in reaching EU climate objectives. We are confident that corporate renewable PPA contracts can empower European customers and broaden their choice of energy supply.

The rise in the corporate PPAs, according to the research department of Renewable Market Watch™ has been facilitated by the fall in the cost of renewable energy technologies, especially solar PV modules (panels) and wind turbines, which in some Member States compete successfully with conventional power technologies.