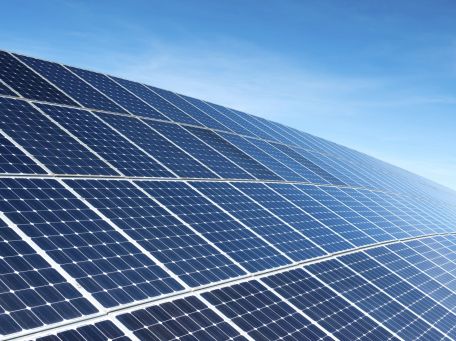 /23rd September 2019, RENEWABLE MARKET WATCHTM/ The solar photovoltaic development in Romania was started with small scale photovoltaic installations below 30 KW in 2006. Contrary to the rapid expansion of the wind market in Romania, the photovoltaic power capacity remained relatively unchanged by the end of 2011. With the introduction of support mechanisms in the law in 2008 and the subsequent amendments in 2010, 2011 and 2012, the Romanian photovoltaic energy market started growing since the second half of 2012. Thus, the country's solar PV market performed impressive growth in 2013 and was amongst best performing solar markets in the world. Romania had a cumulative photovoltaic installed capacity of only 41MW for 2012 and only for one year, this capacity exceeded 1,293MW (1.29 GW) by the end of 2014, which was a more than a 20-fold increase from the 2012 level. Romania finished the year 2013 at fourth place in Europe by installed new photovoltaic capacity measured on the year-on-year (y-o-y) basis, However, after negative regulatory changes and reduction of green certificates for solar power in force since 1st January 2015 Romanian photovoltaic market loosed its speed and between 2015 and 2018 rose moderately only with 84MW installed for these 4 years has been mentioned in the regular update of the study 'Romania Solar Photovoltaic (PV) Power Market Outlook 2018÷2027', based to the data from 1st January 2019 from Romanian Transmission and System Operator – Transelectrica S.A.

Romania’s Energy Ministry announced on Monday, March 18, 2019, that it has launched in public debate the draft "Energy Strategy of Romania 2019-2030, with the perspective of 2050". The public's comments and suggestions can be submitted to the Energy Ministry's headquarters within 15 calendar days of the date of publication of this notice. Romania would need total investments in the energy sector between EUR 15 and 30 billion for the period 2018-2030, with a central estimate of about EUR 20 billion, according to the strategy.

As of January 1, 2019, Romanians can produce and inject into the grid energy produced by the sun and captured through a solar photovoltaic panels system. It turns energy produced by the sun into electricity needed to cover its own consumption. The energy surplus produced can be sold to one of the accredited electricity suppliers at RON0.223/kWh (€0.047/kWh). This is the so-called "net metering" support scheme.

The advantages of solar energy production are multiple because of non-polluting environmental impact and electricity bills savings. Thus, throughout the amortization of the initial investment, estimated at approximately 7 years, savings in electricity bills are significant, and at the end of this period energy production costs are eliminated, the prosumer being even in the situation of getting money for the electricity surplus produced and injected into the grid. Moreover, the installation of photovoltaic panels also contributes to the increase of the market value of the building where they were installed. Solar energy is also a very good solution for the quick connection of remote buildings.

To stimulate the installation of solar photovoltaic panels, in the following period, the Environment Fund Administration (AFM) will grant financing incentives to beneficiaries, within the limit of RON20,000 (€4,200) and, respectively, RON25,000 (€5,250) in the case of remote homes. Eligible expenses to benefit from financing are the purchase of panels, the inverter, connection materials, the system installation structure and the power board, the communication module and the smart meter. This is the so-called "solar rebate" support scheme.

Regarding solar radiation, Romania is placed in the European zone in category “B”. In the South of Romania, the yearly solar radiation is 1,450 ÷ 1,750 kWh/m2, being the best value for solar installations. The greater values than 1,450 kWh/m2 are in Oltenia, Muntenia and the South of Moldova. A zone of 1,300 ÷ 1,450 kWh/m2 are in Carpathians and Muntenia, all part of Transylvania the middle part and North of Moldova and all part of Banat. In regions with mountains solar radiation value is between 1,150 ÷ 1,300 kWh/m2. The use of solar PV systems in Romania by the end of 2011 was limited. Some governmental organizations used PV in remote services areas such as telecom stations, solar lighting solutions, forest fire observation towers and highway emergency.