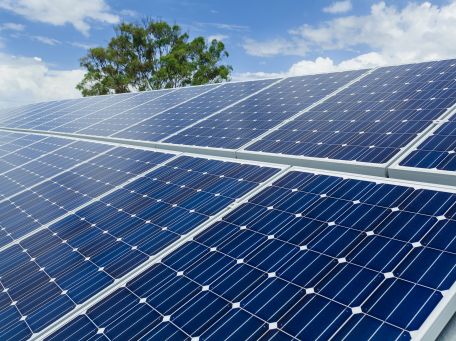 /12th November 2019, RENEWABLE MARKET WATCHTM/ The first wind and solar auctions are expected in Serbia in 2020. The projects that have already been started under a feed-in tariff mechanism will be completed under the existing regulations. According to the proposed amendments, incentive measures for privileged power producers would be given in the form of a premium, calculated as the difference between the price, with which the renewable energy producer has won the auction, and the market price of electricity. Furthermore, net metering for renewable energy is currently under consideration by the Ministry of Mining and Energy of Serbia. The country aims to cover 27% of its electricity demand with renewables by 2020, up from a target of 21.2% previously. Government plans assumed Serbia to add 1,092MW of installed renewable energy capacity by 2020, however at the end of 2018 if we exclude hydropower (most of which is large scale) the total cumulative installed renewable capacity in Serbia is only 399MW, according to calculations of the research department of Renewable Market Watch™.The biggest renewable energy progress in the country between 2015 and 2018 was due to wind energy projects. Serbia is a country rich with renewable energy sources. Renewable energy sources with an estimated technically usable potential of about 6 Mtoe per annum can have a considerable contribution to reduced utilization of fossil fuels and achievement of defined targets regarding the share of renewable sources in the final energy consumption, as well as regarding the improvement of the environment.

According to the Energy Law (2011), Serbia introduced feed-in tariffs for renewable electricity and certificates for green energy, to allow producers to export electricity. The certificates would be issued for quantities starting at 1 MWh. A National National Renewable Energy Action Plan of the Republic of Serbia is adopted in May 2013 and published on the Serbian Ministry of Energy, Development and Environmental Protection website.

Support Mechanisms for renewable energy in Serbia are summarized in the official document - Decree on Incentive Measures for Privileged Power Producers. The Decree specifies the categories of privileged power producers, regulates the incentive measures, defines conditions for obtaining the right to use these measures, the method of determining the incentive period, rights and obligations arising from these measures for the Privileged Power Producers and other energy entities and regulates the content of the Power Purchase Agreement and Preliminary Power Purchase Agreement with a privileged power producer.

On 18 October 2012, Budva, Montenegro Today, the 10th Energy Community Ministerial Council agreed on implementing EU Directive 2009/28/EC on the promotion of renewable energy (RES Directive) by the Energy Community. With the decision, Albania, Bosnia and Herzegovina, Croatia, Former Yugoslav Republic of Macedonia, Kosovo*, Moldova, Montenegro, Serbia and Ukraine commit to a binding share of renewable energy as part of their overall consumption in 2020. The shares for the nine Contracting Parties were calculated based on the EU methodology and reflect an equal level of ambition as the EU Member States' targets. The targets for the share of renewable energy in Contracting Parties in 2020 are the following: Albania 38%, Bosnia and Herzegovina 40%, Croatia 20%, North Macedonia 28%, Moldova 17%, Montenegro 33%, Serbia 27%, Ukraine 11%, Kosovo 25%.

On 30 December 2014, Serbia’s new Energy Law came into force with the main objectives of encouraging investments in the renewable energy sector and generally improving the Serbian energy sector’s regulatory framework by removing many obstacles in the previous energy law. The new Energy Law further implements the EU’s Third Energy Package, thus advancing in harmonising Serbian law with the relevant EU framework in the energy sector. Certain provisions of the new Energy Law also aim at ensuring better functioning of the process for issuing construction permits for energy assets, intending to bring the Serbian energy law framework in line with important novelties introduced by the recent amendments to the Serbian Law on Planning and Construction.

The Government of the Republic of Serbia extended the validity of the Decree on Incentive Measures for the Production of Electric Energy from Renewable Energy Sources and High-efficiency Cogeneration of Electric Energy and Thermal Energy (Decree) until the end of 2019. It was initially valid until the end of 2018. This means that new wind and solar projects, which have not yet obtained the (preliminary) privileged power producer status, may not benefit from incentives for now. On the other hand, new projects using biogas, biomass, small hydroelectric power plants and cogeneration, will be entitled to the same incentives as until now.

Serbian state-owned energy utility EPS has invited bids to prepare the investment and technical paperwork to obtain the necessary permits for the construction of a solar park near the central town of Kostolac, SeeNews reported. Drafting of the paperwork and subsequent permitting should create all the necessary conditions to raise the Kostolac Petka solar park's installed capacity to 9.9 MW from the currently planned 5 MW, data from the company’s website indicated.

The workshop participants included representatives from the city of Kragujevac, Niš and Šabac, who gained valuable knowledge about crowdfunding campaigns, which they plan to implement during this and next year to purchase solar panels and install them on public building roofs. Depending on the type of projects, it is planned to raise funds through donation crowdfunding for projects in Kragujevac (kindergarten Zeka) and Šabac (Center for children and youth), while the funds for procurement of solar panels for the public utility company "Toplana Šabac" will be secured through investment crowdfunding. Representatives of these cities are the first who joined the “Solar Mayors Club” which provides them with an opportunity to connect with other cities, exchange experience in crowdfunding campaigns and support implementation of similar projects in other cities in Serbia.

The more information about the solar photovoltaic and wind power market in Serbia, including full contact details of renewable energy project owners, developers and stakeholders, you may read here: ’Western Balkans Renewable Power Market Outlooks 2019÷2028’. Furthermore, you may receive up to 4 quarterly updates.