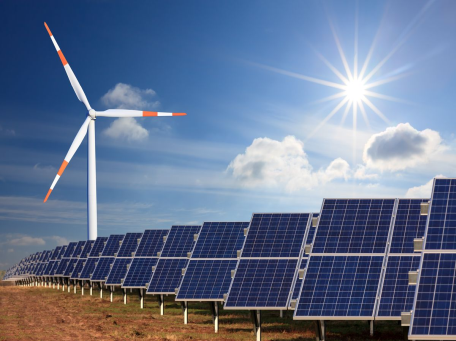 /17th December 2019, RENEWABLE MARKET WATCHTM/ The Republic of Kazakhstan lies in the Eurasian continent's centre equally distant from the Atlantic and the Pacific Oceans. With its territory of 2,724,900 km² it is the ninth largest country in the world. In the west and the north, it shares borders with the Russian Federation, in the east with China, and in the south with the countries of Central Asia – Uzbekistan, Kyrgyzstan and Turkmenistan. The national border's overall length is 12,200 km, with 600 km of them passing through the Caspian Sea. Kazakhstan has a population of 18.55 million as of 1 June 2019. There are nearly 160 oil and gas deposits in Kazakhstan, including Tengiz - one of the world’s biggest oil and gas deposits (20 trillion barrels of oil and 700 million tons of gas condensate). Kazakhstan has 160 million tons of coal reserves in 155 deposits. The country's iron ore resources (containing 50-60% of pure iron) are some of the world's best. In the last twenty years, Kazakhstan made considerable progress in implementing complex political, economic and social reforms to establish a politically stable market economy. Kazakhstan had undergone reforms in currency convertibility, inflation targeting, foreign investment policy, privatization of state enterprises, economic decentralization, de-monopolization and reallocation of resources.

More than 70 per cent of Kazakhstan’s electricity is produced in ageing coal-fired plants, served by the large volumes of cheap local coal in the northeast part of the country, according to the Kazakhstan Solar Photovoltaic (PV) Power Market Outlook 2019 ÷ 2028. Consequently, in particular power and heat generation, the energy sector accounts for 80 per cent of the country’s carbon emissions. Electricity in Kazakhstan is generated by 138 power plants of various forms of ownership. As on 1 January 2019, the total installed capacity of the power plants in Kazakhstan was 21,901.9 MW; and the available capacity was 18,894.9 MW.

Power Infrastructure Condition and Plans for Modernization and Improvement

In Kazakhstan, electric networks include 0.4-1,150 kV substations, switchgear and electricity transmission lines connecting them to transmit and/or distribute electricity. The backbone grid in Kazakhstan UPS is the National Power Grid (NPG) that provides electrical connections between the regions of the country and with the power systems of the neighbouring countries (the Russian Federation, the Kyrgyz Republic and the Republic of Uzbekistan) and deliver electricity from the power plants to the wholesale consumers. KEGOC owns 220 kV and above substations, switchgear, interregional and/or interstate transmission lines being a part of the NPG including lines used for connection of power plants.

Power transmission organizations transfer electricity using their own or third party’s power networks (rent, lease, trust management and other types of use) based on the contracts with the wholesale and retail market consumers or energy supplying organizations.

To meet the growing electricity demand, Kazakhstan will have to modernize existing power facilities and construct new power generation plants, according to the 'Kazakhstan Solar Photovoltaic (PV) Power Market Outlook 2019 ÷ 2028'. Around 80 per cent of electricity is produced in the country’s north, where the coal mines are located. Southern Kazakhstan is less rich in fossil energy resources and therefore relies on electricity imports from neighbouring countries, and the supply of electricity generated in the north. This leads to high losses, as electricity is delivered to the south of the country by transmission networks that are highly inefficient. By providing additional generating capacity in the south, the system would become more balanced, and losses would be reduced, providing a double-dividend to the investment.

The “National Concept for Transition to a Green Economic up to 2050” has been approved in Kazakhstan in 2013. This concept established the principles of the green economy as a future development path. Kazakhstan aims renewable energy (RE) to reach 50% of its power mix by 2050, with intermediate targets of 3% by 2020, 6% by 2025 and 10% by 2030. One of the main instruments to attract the required investments will be the renewable energy auctions mechanism launched in May 2018. Kazakhstan may receive support to reach their renewable energy objectives by the European Commission, which can mobilize upon request specific technical assistance under the EU Technical Assistance Facility for Sustainable Energy.

Currently in Kazakhstan are working 89 renewable energy power plants in operation with an installed capacity of 1,022.1 MW, including 19 wind, 30 solar, 37 hydropower and 3 bio power plants. This year 20 renewable power plants with a capacity of 476.55 MW were commissioned by the end of November. Until the end of 2019, one solar photovoltaic power plant located in the Zhalagash district of the Kyzylorda region with 28 MW capacity is expected to start commercial operation.

Therefore, at the end of 2019, 90 renewable energy power plants with a capacity exceeding 1 GW will be operational in the country. Looking at statistics data, in 2019, the installed renewable energy capacity in Kazakhstan doubled: from 531 MW in 2018 to 1,050 MW in 2019.

As the country progresses in its pursuit of the green economy, Kazakhstan’s renewable energy sector's future is promising. Dynamic development of the renewable energy capacity in the next decade is expected in the country, according to the research department of Renewable Market Watch™. Changes and amendments in laws to facilitate small scale renewable energy installations are elaborated under the coordination of the Ministry of Energy of the Republic of Kazakhstan.

With increasing efforts to reduce the risks of renewable energy investment through regulatory and financial optimisation, private investment has also grown. Increased investment in renewable energy shall contribute to Kazakhstan’s long-term vision to establish itself as a regional leader in green economic development, with its goal to diversify electricity generation away from oil and coal, and to reducing greenhouse gas emissions in line with its Intended Nationally Determined Contribution (INDC) under the UNFCCC.

For all of the above-mentioned reasons, CIS states (and Kazakhstan particularly) present one very good alternative for investors from already matured and developed renewable energy markets in Western Europe, and for investors from Asia, which are looking aggressively to get stakes in new renewable power markets.

The more information about the renewable energy market in Kazakhstan, including full contact details of renewable energy project owners, developers and stakeholders, you may read here: ’Kazakhstan Renewable Power Market Outlooks 2019÷2028’. Furthermore, you may receive up to 4 quarterly updates.