/18th May 2020, RENEWABLE MARKET WATCHTM/ Romania had the cumulative installed capacity of 1,390 MW (1.39 GW) as of 1st January 2020, according to the recently published report Romania Solar Photovoltaic (PV) Power Market Outlook: 2020 ÷ 2030. The photovoltaic development in Romania was started with small scale photovoltaic installations below 30 KW in 2006. Contrary to the rapid expansion of the wind market in Romania, the photovoltaic power capacity remained relatively unchanged by the end of 2011. After that, Romania was an emerging market for photovoltaic energy investments amongst SEE countries by the end of 2014. The maturing photovoltaic markets in Germany, Spain, France, Czech Republic, Greece, Italy and Bulgaria allowed investors to look for new opportunities among South-East European (SEE) nations and Romania was one of the best alternatives. Furthermore, Romania was one of the major destinations for the Chinese solar power plant investors in Central and Eastern Europe between 2012 and 2015.

Law 184/2018 – passed on 23 July 2018 – approved the Government Emergency Ordinance No. 24/2017 (GEO 24/2017) amending and supplementing Law No. 220 / 2008 on establishing the promotion of renewable energy production system. One of its most important content is the definition of “prosumer”. Suppliers have to take over the surplus of electricity from the prosumer, defined as a final client (a legal or natural person) who both consumes and generates electricity and which is responsible for the net metering. For the electricity sold by prosumers with a capacity of up to 27 KW, no VAT or other taxes are due and no additional building permits shall be required for rooftop solar photovoltaic systems. Owners of renewable energy installations with up to 100 kW capacity may sell their surplus power to the national distribution system operators (DSOs) at a rate established by the Romanian Energy Regulatory Authority (ANRE).

The Ministry of Energy of Romania has considered the introduction of a support scheme to support investments in new generation electricity capacities with low carbon emissions. A public debate on a document presenting this new support mechanism in the form of a scheme based on paid capacity tenders on the type of Contracts for Difference (CfD) has recently concluded.

Romania’s energy law currently provides that all the produced energy is sold exclusively on the trading platform transparently and competitively, and does not offer the possibility for producers to conclude freely negotiated bilateral contracts. However, a recent draft law amending the Energy Law No. 123/2012 introduces a provision that allows investors in energy projects to trade the energy expected to be produced by the new capacities before they are authorized by ANRE and put into operation. Assuming that the above-mentioned legislative proposal will be approved, these long-term PPA contracts could be concluded on a special platform established for this purpose, as it results from OPCOM’s statements. 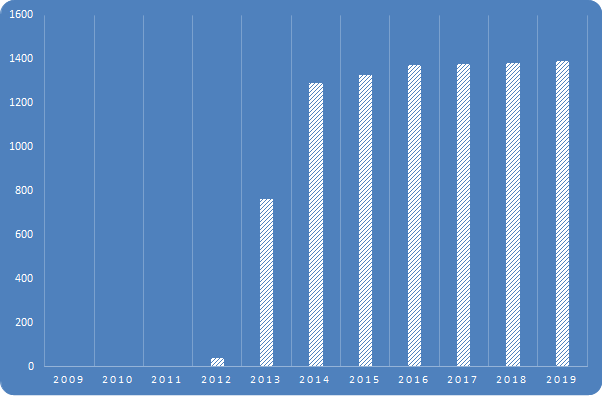 Romania has very good solar resource potential as the geographical location is favourable for utilising solar energy. Romania is located in an area with a solar potential of 210 sunny days per year and with an annual solar energy flux between 1,000 kWh/m²/year and 1,300 kWh/m²/year. From this total amount, around 600 to 800 kWh/m²/year is technically feasible. 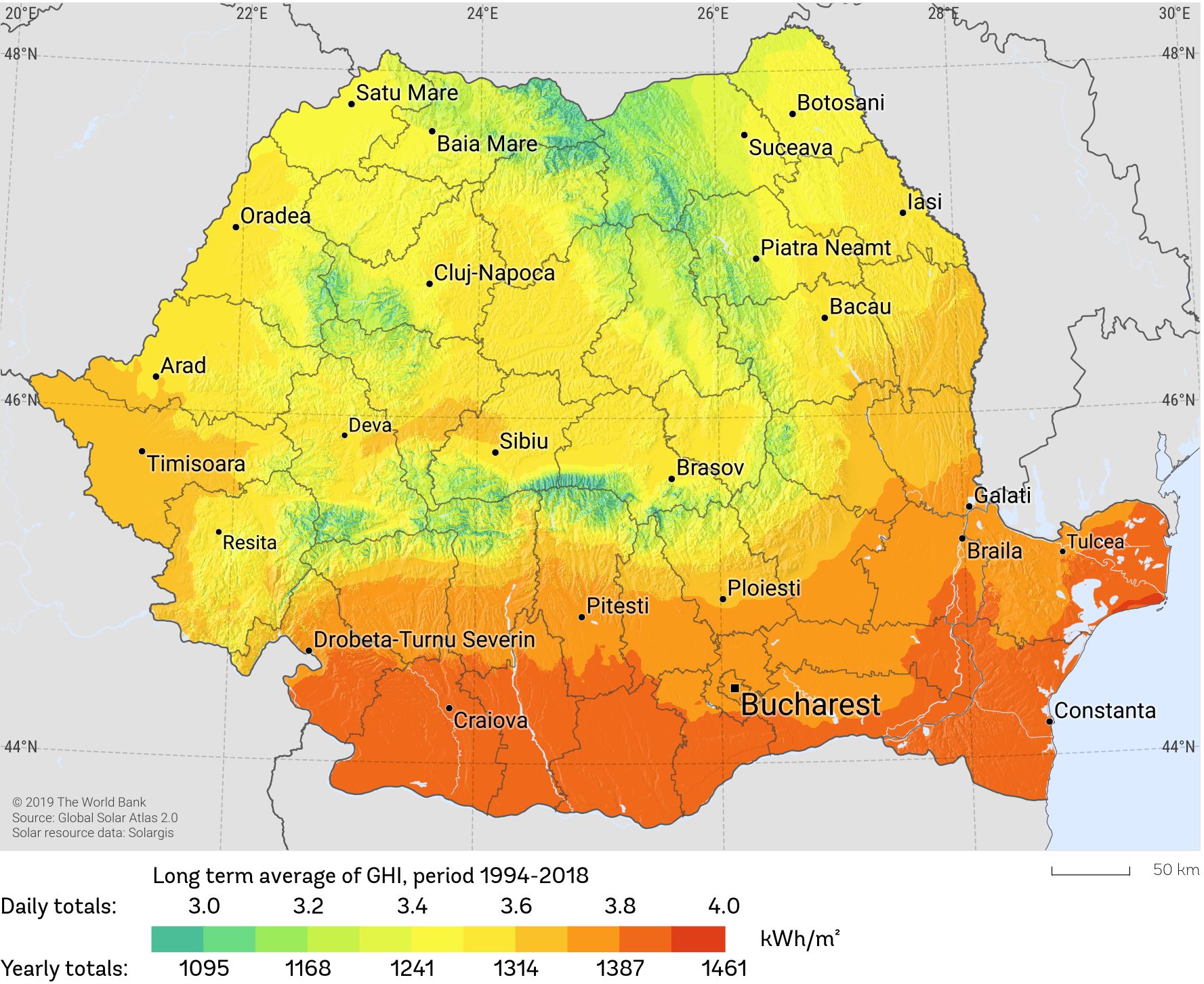 According to the study of the Faculty of Energy Engineering at the University of Oradea in the South of Romania, the yearly solar radiation is 1450 ÷ 1750 kWh / m², being the best value for solar installations. The values greater than 1450 kWh/m² are in Oltenia, Muntenia, and the South of Moldova. The most important solar regions of Romania are the Black Sea coast, Dobrogea, and Oltenia with an average of 1,600 kWh/m²/year.

The industry is the key consumer of electricity for the country (metallurgy, chemical industry, energy and machine construction), followed by households and the transportation industry. The Romanian economy is overall energy-intensive compared to the economies of the neighbourhood countries. Interconnections with EU countries have improved, stabilizing the power system. 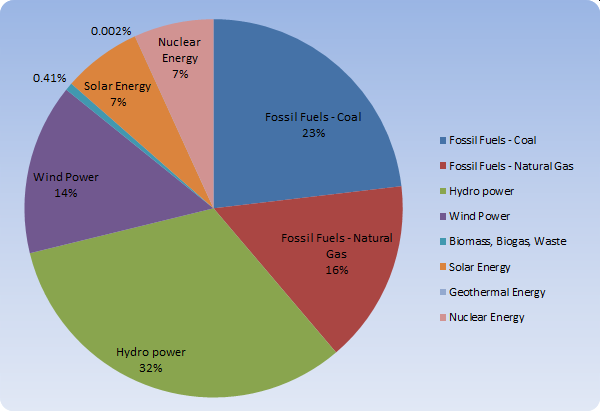 In our report Romania Solar Photovoltaic (PV) Power Market Outlook: 2020 ÷ 2030, we have included information about the recent solar projects in Romania that are and would play a key role in expanding the solar power market in the country. You may read on the next rows more about two of these projects.

Dedeman, a company founded by the brothers Dragoș and Adrian Pavăl, announced in April 2020 that it is installing photovoltaic power plants on the roofs of 28 stores in the network, the value of the investment exceeding EUR 4M. The electricity produced through them will be intended exclusively for self-consumption, and the period of use will be at least 25 years, according to Forbes. The total installed power in the 28 locations will be over 7MWp and will provide approximately 30% of the annual electricity consumption needed to carry out the activity of the stores.

The Romanian solar energy market is expected to be heading toward the expansion phase by 2030. Factors propelling the market growth include concerns regarding the environmental impacts of fossil fuels such as degradation, greenhouse gas emissions (GHG), severe climate change conditions, and others. Also, rapid urbanization and economic growth in the largest Romanian cities are significant factors driving the solar energy market. The power market (including the solar photovoltaic sector) in Romania shall be impacted by the COVID-19 post-financial crisis, but we remain optimistic about the future development of solar energy in the country by 2030.