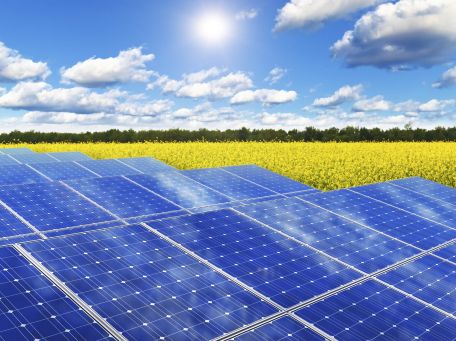 Тhе Government of Montenegro stated that all preconditions have been created for the construction of the solar power plant "Briska Gora" on an area of ​​as much as 925.25 hectares, is twice as large as previously planned, Dnevne Novine writes.

Amendments to the Spatial Development Plan in Ulcinj, Montenegro propose to increase the zone for the construction of a solar power plant from 467 hectares to 925.25 hectares. "It is proposed to increase the solar power plant's capacity from 118 MW to 262 MW". It is stated in the new government Information on preparing documentation for the needs of development projects. Montenegro will need to invest in additional power generation capacity in the coming years to compensate expected decommissioning of the existing Pljevlja coal plant, according to the Western Balkans Solar Photovoltaic (PV) Power Market Outlook 2020÷2030. The country has no infrastructure for natural gas distribution and does not currently extract oil, though the government is interested in oil and gas production in the Adriatic Sea.

The lack of spatial plans is the only reason for the temporary postponement of the construction of this energy facility. The reason for drafting the Amendments to the Ulcinj's Spatial Development Plan was the Government's decision to lease land in the locality of Briska Gora for the exploitation of solar energy and the construction of solar systems with an installed capacity of more than 200MW.

The contract on the lease of state-owned land defines the construction of two phases of a solar power plant: in the first phase of the installed capacity of 50 MW, while in the second phase, the total planned installed capacity of more than 200 MW is envisaged. “The aim of drafting the Amendments to the Spatial Development Plan in Ulcinj is to increase the planned capacities for the exploitation of solar energy and provide planning preconditions for the implementation of the Agreement on the lease of state-owned land for the construction of a solar power plant, as well as defining guidelines for the direct implementation of Spatial Development Plan for facilities, economic activities, in areas for which the preparation of lower-level planning documentation is not envisaged”, is stated in the information.

The Draft Amendments received remarks and suggestions from Elektroprivreda Crne Gore (EPCG) and 14 more remarks and suggestions from interested users of the space. All received comments and suggestions were considered and taken into account when drafting the Plan as much as possible. "Responses to the comments were given individually in the Report from the public hearing, which is an integral part of the documentation of the Draft Plan," the Information states. By building a solar power plant on Briska Gora, Montenegro is making a significant contribution to the fight against global climate change. It is making a step towards greater energy efficiency and independence. A solar power plant is a power facility of a higher voltage level, such as thermal and hydropower plants, which leads to the improvement of Montenegro's overall electricity system.

“A solar power plant consists of solar photovoltaic systems that convert solar energy into electricity. Considering that there are no harmful products during the production of electricity, the realization of the power plant will not harm settlements and protected natural assets in the contact zones ", states the Government. The Spatial Development Plan does not define the positions of the facilities of the solar power plant Briska Gora. Still, the construction will be carried out within the construction zone, at locations that will be defined based on further analysis. "Solar power plants will be built on locations where traffic accessibility and connections to the electricity and other technical infrastructure network are provided. The construction of solar power plants will be carried out by directly implementing the guidelines and conditions from the Amendments to the RUP Ulcinj. By the proposed increase in the area and capacity of the solar power plant, additional protection measures have been defined ", the document concludes.

Let us remind you, the solar power plant "Briska Gora" will be built by a consortium of companies led by Elektroprivreda Crne Gore (EPCG). The consortium ownership structure consists of the winners of the state tender for the construction of the solar power plant: the Finnish Fortum and EPCG with 49 percent each and Sterling & Wilson with 2 percent of the shares. The planned annual production of the solar power plant, after the completion of both phases of the project, will amount to about 450 GWh of electricity per year. The project's total value exceeds EUR 200 million, and construction could begin later this year or early next year.

The more information about other large-scale solar projects planned in Montenegro, a detailed scheme of the permitting and administrative procedure for solar photovoltaic (PV) power plants, a map of grid saturated areas in Montenegro, full contact details of important solar project owners and developers, and much other information you will find in: Western Balkans Solar Photovoltaic (PV) Power Market Outlook 2020÷2030