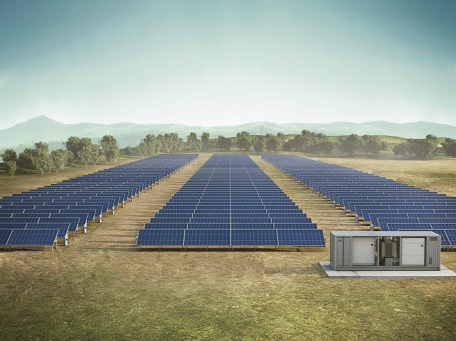 Solar energy is the fastest-growing and lowest cost source in the world. In Europe, solar capacity increased by 36 percent to 8.5GW in 2018. However, 2019 was a huge success for the European solar PV market with a 104 percent increase of newly installed solar PV capacity (16.7GW) compared to 2018 (8.5GW), according to the Europe Solar Photovoltaic (PV) Power Market Outlook: 2020 ÷ 2030. Cumulative installed solar capacity in Europe reached 131.9GW by the end of 2019, which is 14 percent increase compared to 115.2GW at the end of 2018. Spain was the largest market in 2019, adding 4.7GW, followed by Germany (4GW), the Netherlands (2.5GW), France (1.1GW), and Poland, which nearly quadrupled its installation capacity to 784MW. By the end of 2020, several member states in the European Union have to speed up to meet their 2020 renewable energy targets. Furthermore, Renewable Market Watch™ expects countries such as Spain, France, and Italy shall take their place at the GW-scale annual installation level. Most of the countries in Europe agree with the new 32% EU 2030 renewables target. The ‘Clean Energy for all Europeans’ package gives the solar sector a solid policy framework that paves the way for much more versatile, low-cost solar investments in Europe. The European Green Deal is the new roadmap for making the EU's economy sustainable. This will happen by turning climate and environmental challenges into opportunities across all policy areas and making the transition just and inclusive for all.

There has been a huge spike in demand for solar power all over the world. Especially, the governments in European countries are supporting with clean energy-friendly policy, increasing credit availability, and offering financial incentives, reported the Renewable Market Watch™. More European countries have made long-term plans to come up with solar plants with significant capacities, which will consolidate the continent’s position as a dominating force in solar energy

Geographically, all European countries are suitable for the production of solar photovoltaic energy throughout the whole year. The solar radiation potential on the European territory is considerable despite the large differences in the sunlight intensity between the various countries. Due to the geographical location, the solar energy potential of Southern Europe is higher than in Northern Europe. The average annual sunshine duration is roughly 2,130 hours and the average solar radiation resource is between 1,080 kWh/m2 and 2,200 kWh/m2.

In our recent report Europe Solar Photovoltaic (PV) Power Market Outlook: 2020 ÷ 2030, we have included information about the largest solar projects in Europe that would play a key role in expanding the solar power market in the continent. You may read on the next rows more about two of these projects.

The European Investment Bank (EIB) is investing €43.5 million to finance the largest solar project in Andalusia and one of the most powerful in Spain. Despite the COVID-19-related lockdown in Spain, over 85% of the construction plan was successfully completed by May 2020. This investment, backed by the European Fund for Strategic Investments (EFSI), the main pillar of the Investment Plan for Europe, will contribute to Spain's green recovery and will create around 350 jobs during the implementation phase in the transition region of Andalusia. The Cabrera Solar Project includes the construction and operation of four 50MWp photovoltaic solar plants in Alcalá de Guadaira, Seville. The four plants will provide enough clean energy to supply nearly 145 000 households per year and will contribute to reducing CO2 emissions by 300 metric kilotons (kt) CO2-equivalent per year. It will have a significant impact on the Spanish renewable energy market, helping the country to meet the government's objective of generating 20% of all the country's energy needs from renewable sources by the end of this year. Moreover, the Cabrera Solar Project will contribute to meeting the European Commission's target of ensuring that at least 32% of Europe's final energy consumption comes from renewables by 2030.

On 28 of October 2020, at the local council in the municipality of Aabenraa, Southern Jutland, Denmark a massive majority greenlit European Energy’s plans to build the biggest solar farm to date in Northern Europe. The facility is to be placed nearby future data centers as well as a major regional transformer station and will deliver enough green power to supply more than 75.000 Danish households. Denmark takes the lead in Northern European solar energy as the municipality of Aabenraa greenlights a solar farm situated near Kassø, southwest of Rødekro. With a power production of 300 MW, the project is the biggest to date in Northern Europe and will contribute with annual CO2-emissions reductions of some 110.000 tons. Construction is expected to proceed early 2021 and grid connection should take place before the end of 2021. According to Knud Erik Andersen, CEO at European Energy, the project is the result of strong cooperation between local farmers, the municipality of Aabenraa and European Energy.

The low cost of solar is now starting to attract many of the European countries, including those that haven’t been active in the past few years. Many countries in Europe have started tender (auction) schemes to control costs and solar power projects' installed capacity. These tenders have played a key role in the reduction of solar power prices and proved their effectiveness in solar PV sector development. Several EU member states have already committed to 100% renewable power or zero-carbon power targets, while the EU is discussing the adoption of a zero-emissions target by 2050.

Furthermore, over 90 percent of the rooftops in Europe are unused. These rooftops present an incredible opportunity to generate electricity equal to around 25 percent of the EU’s electricity demand. The solar power market in Europe shall be affected on the one hand by the COVID-19 post, but on the other hand, solar energy could help overcome the current financial crisis due to the virus outbreak. Renewable Market Watch™ is closely monitoring the latest updates concerning the spread of the second wave of COVID-19 and its current and potential impact on the European solar photovoltaic sector and regularly updates the following market report.

This is a unique, thorough, and detailed market report, which offers an incisive and reliable overview of the solar photovoltaic (PV) sector of Europe for the next long term period 2020 ÷ 2030. The number of fully permitted and ready to build projects has promptly increased. A rooftop market segment in many countries is not developed and forecasted to score significant growth in the near future. The report provides a complete picture of the market situation, dynamics, risks, current issues, and future prospects. You will find more than 230 pages of valuable information in this unique in-depth analysis of the European solar photovoltaic (PV) market and will receive an overview of how the COVID-19 (Coronavirus) will impact this market.Reasons to buy this market report are as follows:

With comprehensive market data, this report brings clear and concise insights, to help investors, manufacturers, and service providers in their decision-making process. As 2018 and 2019 were challenging years for the photovoltaic (solar PV) industry, the time for making the right decisions during 2020 and the next few years is limited. A fast-changing market environment requires relevant and accurate information. For your convenience, we offer opportunities for orders with customized report content.