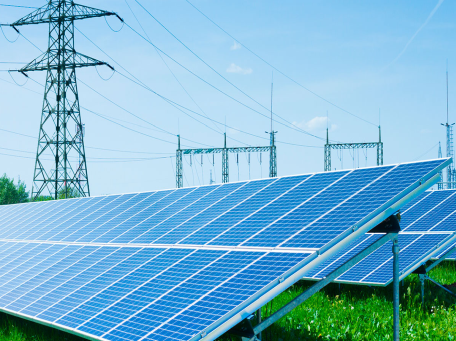 /18th December 2020, RENEWABLE MARKET WATCHTM/ Solar photovoltaic (PV) power in the European Union had a strong performance in 2020 despite the negative health, social and economic effects of the COVID-19 (Coronavirus) pandemic, revealed the recent update of Europe Solar Photovoltaic (PV) Power Market Outlook: 2020 ÷ 2030. The EU member states installed 18.2GW of solar power capacity in 2020, an 11% improvement over the 16.2GW deployed in the previous year, according to the recently released report EU Market Outlook for SolarPower 2020-2024 by SolarPower Europe. With minimal solar power installation activity in Bulgaria and Romania in the last few years, the prediction model of SolarPower Europe shows the up-and-coming gigawatt new solar photovoltaic (PV) capacity addition opportunities for Bulgaria and Romania by 2024. SolarPower Europe’s growth assumptions are much higher than the targets formulated by EU member states in their National Energy and Climate Plans (NECP). But with drivers for solar energy in Europe only getting stronger, the foundation is laid for further rapid growth in the coming years.

Romania has outstanding solar resource potential as the geographical location is favourable for the utilization of solar energy. Romania is located in an area with a solar potential of 210 sunny days per year and with an annual solar energy flux between 1,000 kWh/m²/year and 1,300 kWh/m²/year. From this total amount, around 600 to 800 kWh/m²/year is technically feasible.

According to the study of the Faculty of Energy Engineering at the University of Oradea in the South of Romania, the yearly solar radiation is 1450 ÷ 1750 kWh/m², being the best value for solar installations. The values greater than 1450 kWh/m² are in Oltenia, Muntenia, and the South of Moldova. The most important solar regions of Romania are the Black Sea coast, Dobrogea, and Oltenia with an average of 1,600 kWh/m²/year. 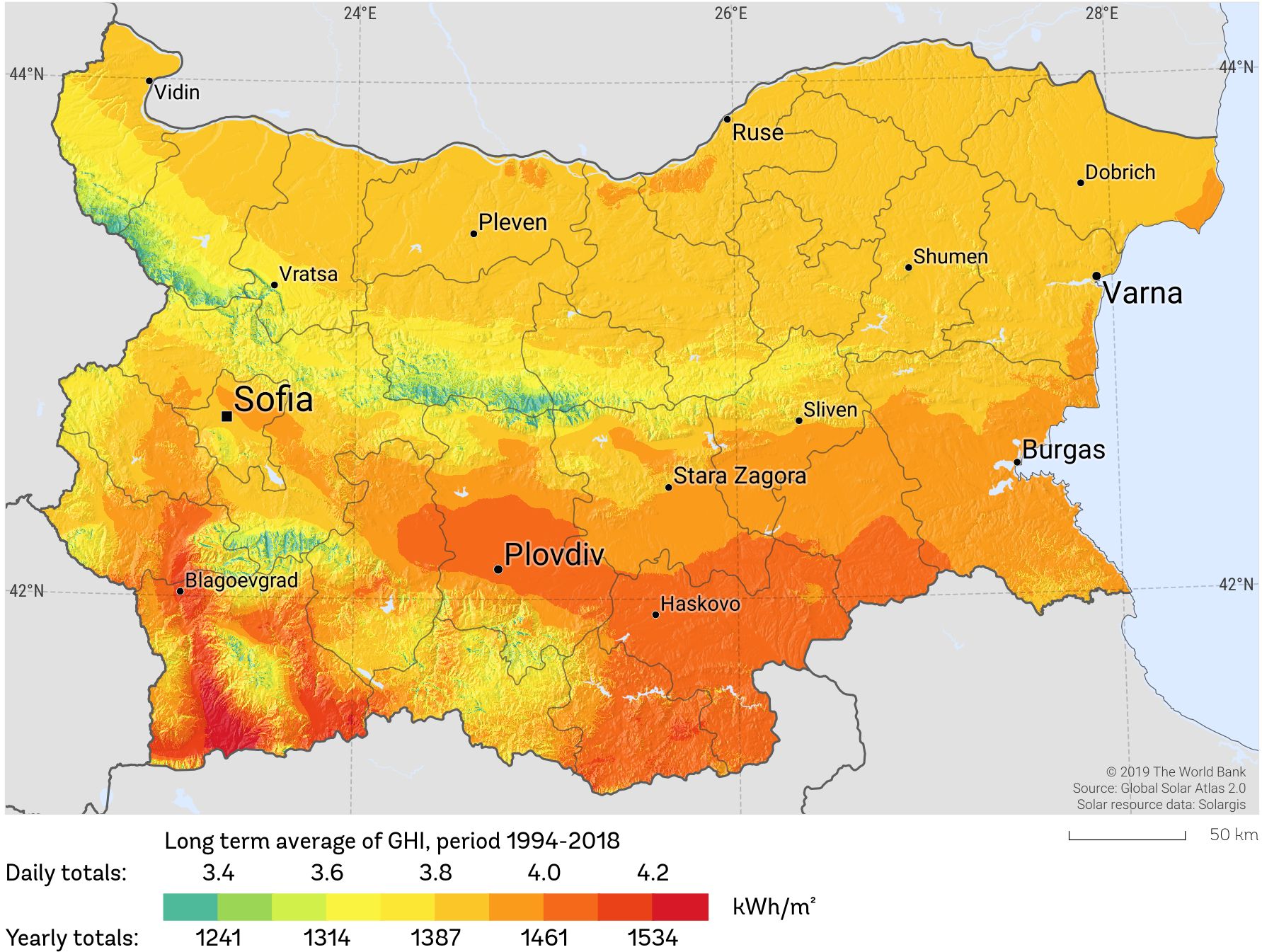 The solar radiation potential on the Bulgarian territory is considerable despite the differences in the various regions' sunlight intensity. The average annual sunshine duration in Bulgaria is roughly 2,150 hours, and the average solar radiation resource is 1,517 kWh/m². The available data from the distribution of solar energy throughout the country suggests that the most favourable regions for the development of photovoltaic parks are the Danube plain, the Southern provinces of the country, and the Black Sea coast, where the annual hours of sunshine amount to between 2,100 and 2,300.

Growth in On-site Solar Power Generation in Bulgaria and Romania

The Renewable Market Watch™ in its report Central East and South-East Europe Solar Photovoltaic (PV) Power Market Outlook 2020÷2030 projects serious growth of on-site power generation through installing solar photovoltaic (PV) modules on rooftops and adjacent terrains of factories and any commercial premises in Bulgaria and Romania by 2030. Solar power assets in an on-site generation are usually operated and maintained by the companies. The main benefit is that the daily consumed electricity is free after the system is paid off. Further advantages of owned on-site solar PV systems is the increase of the property and company value and savings realized instead of buying electrical energy from the utility companies or other suppliers. More companies from both countries realize that solar energy is now one of the most important and accessible ways to meet business and sustainability goals and decrease fossil fuel use. Romanian and Bulgarian companies of all sizes are starting to see the value that can be achieved by incorporating on-site solar power generation into their business models.

In our reports Romania Solar Photovoltaic (PV) Power Market Outlook: 2020 ÷ 2030 and Bulgaria Solar Photovoltaic (PV) Power Market Outlook: 2020 ÷ 2030 we have included information about the recent solar projects that are and would play a key role in expanding the solar power market in these countries. You may read on the next rows more about four of these projects.

Electrica S.A. (Romanian utility company) acquired a 7.5MW solar power plant from Long Bridge Millennium Srl at the end of Q3 2020. The Stănești Photovoltaic Power Plant is located in Giurgiu County and has been grid-connected since February 2013. Electrica has signed the share purchase agreement (SPA) contract with Raylexo Limited and Long Bridge Management and Administration Srl. For the amount of €1.62 million ($1.94 million).

Romanian state-owned utility company Romgaz announced its plans at the beginning of September 2020 to commission 200MW of gas and solar photovoltaic capacity in Halanga, southwest Romania. Romgaz plans to invest in a 150MW combined-cycle gas power plant and a 50MW solar photovoltaic (PV) power plant. On June 10, 2020, Romgaz and Liberty Galati SA agreed to conclude a Memorandum of Understanding (MoU) that aims to establish a joint venture, to develop projects greenfield investments ('from scratch'), regarding the development of combined-cycle natural gas-fired power generation units and renewable energy power, using both wind and solar PV. Romgaz is the largest producer and main supplier of natural gas in Romania. The company is admitted to trading on the Bucharest Stock Exchange and the London Stock Exchange. The main shareholder is the Romanian state, with a participation of 70%.

A new solar photovoltaic power plant has been announced in March 2020 by the mayor of Dimitrovgrad municipality and the Austrian investment group Enery Devleopment Gmbh. The solar power plant will be built on a vacant terrain with about 650 acres. It is expected to have an installed capacity of 65MW, the largest currently in Bulgaria, and produce over 90,000,000 kWh of clean energy annually. This saves about 120,000 tonnes of carbon dioxide from being released into the atmosphere.

CEZ Bulgaria announced that its subsidiary CEZ ESCO had signed a contract with the Bulgarian subsidiary of German copper producer Aurubis to construct a 10MW solar photovoltaic (PV) power plant. The company's statement said that this plant will be built on the site of Aurubis Pirdop copper smelter and will be the biggest solar installation for energy self-consumption in the country at the moment. It will stretch on 10.4 hectares and will include 20,200 solar panels. The plant is expected to be commissioned within 18 months. With this solar plant, Aurubis Bulgaria will optimize its external energy consumption by 11,700 MWh per year. The plant is expected to generate about 170,000 MWh of electricity within a 15-year period. The plant will cover an average of 2.5 % of the electricity consumed by the smelter.

The Romanian and Bulgarian solar energy markets are expected to be heading toward an expansion phase by 2030. Factors propelling the market growth include concerns regarding negative environmental impacts of fossil fuels, a decrease of coal power generation capacity, compliance with the European Green Deal, and others. Also, serious growth in the residential and commercial building stock and economic growth in the largest Bulgarian and Romanian cities are significant factors driving the solar energy market. The COVID-19 crisis impacts the power markets (including solar photovoltaic sectors) in Bulgaria and Romania, but we project a solid photovoltaic energy growth in these countries in the next years.