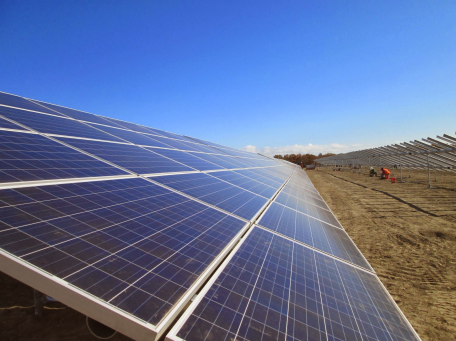 /16th July 2021, UNEF/ The year 2020 was another historic year for the solar photovoltaic (PV) sector in Spain. In ground-mounted solar power plants, although installed capacity remained at 2.8 GW and did not exceeded 4.2 GWp incorporated the previous year, it is important to underline all this new capacity was installed without any type of state aid or regulatory remuneration scheme. In the net metering and self-consumption solar PV sector, installed capacity increased by 596 MW, a growth of 30% compared to the previous year. These numbers are showing the start of the new era for the solar photovoltaic sector in Spain in order to comply with the National Integrated Energy and Climate Plan (PNIEC) objectives for 2030. At the end of 2020, cumulative installed solar PV capacity in Spain had 12.7 GW, accounting for 6.2% of the total power generation capacity of the country, and 14% of the renewable energy sources.

Last year Extremadura became the leading Spanish region in photovoltaic development with 1,321 MW, that is 47% of the installed power at the national level. In fact, Spain was the leading European market for PPAs with more than 1 GW signed in 2020 followed by Germany and France. This progress was registered mainly due to the solar photovoltaic power plants developments in the country. In 2019 was commissioned the largest solar project in Spain with the revenue stream based entirely on PPA (Don Rodrigo, 175 MW), while in 2020 almost all solar PV capacity in Spain was realised through corporate renewable PPAs.

Novartis announced in November 2020 the signature of five virtual power purchase agreements (VPPAs) in Spain, which are expected to collectively add more than 275 megawatts of clean power to the electrical grid. This move makes Novartis the first pharmaceutical company set to achieve 100% renewable electricity in its European operations through VPPAs.

The cumulative installed net-metering and self-consumption solar PV capacity in Spain is still not significant and represents less than 10 % of the total cumulative solar capacity, according to the Europe Net Metering and Self-Consumption Solar PV Market Outlook 2021 ÷ 2030. Spanish prosumers have played a minor role in the solar energy mix in the past, but the removal of the so-called “solar (sun) tax” makes self-consumption more profitable. Furthermore, in 2019, Spain has turned into the first mover and the top runner in transposing the EU-Member States´ obligation set by Article 21 of the new EU-Renewable Energy Directive to create an “enabling framework that promotes and facilitates the development of renewables self-consumption”.

The main goals of Spain by 2030 are to reduce greenhouse gas emissions by 21% with respect to 1990, to achieve 42% renewable energy in the country’s final energy use, and to achieve 74% renewable energy in electricity generation by 2030.  Renewable Market Watch™ estimates that solar PV power capacity growth in Spain shall exhibit a further significant increase by 2030.

The Unión Española Fotovoltaica (UNEF) is the sector association of photovoltaic solar energy in Spain. Formed by more than 500 companies, entities and groups from the entire technology value chain, it represents more than 90% of the activity of the sector in Spain. It brings together almost all of it: producers, installers, engineering companies, manufacturers of raw materials, modules and components, distributors and consultants. UNEF also holds the presidency and co-secretariat of FOTOPLAT, the Spanish technological photovoltaic platform. The platform brings together the universities, research centres and leading companies of photovoltaic R&D in Spain.

The more information about the solar power market in Spain and in Europe including full contact details of solar power project owners and developers you may read here: Europe Solar Photovoltaic (PV) Power Market Outlook: 2021 ÷ 2030