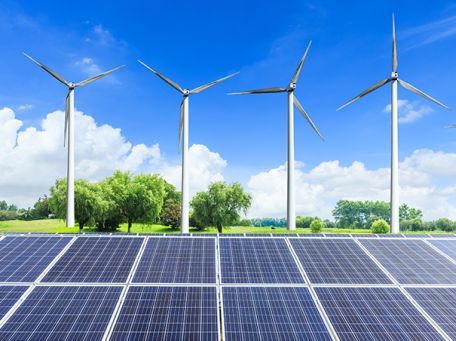 Between 2015 and 2020, cumulative installed solar power capacity in Hungary registered an impressive 11-fold increase. In June 2020, Hungary adopted a new law making the net-zero emission target by 2050 a binding obligation. This law is part of a broader change in the country’s energy and climate policies.

Hungary is a landlocked country in Central Europe, with a land area of 93,028 km2. It measures about 250 km from north to south and 524 km from east to west. It has 2,106 km of boundaries, shared with Austria to the west, Serbia, Croatia and Slovenia to the south and southwest, Romania to the southeast, Ukraine to the northeast, and Slovakia to the north. The country’s landscape is primarily flat.

Hungary has good potential for the use of solar energy, as the number of sunny hours in Hungary is between 1,950-2,150 per year at an intensity of 1,200 kWh/m2 per year. Experts of the Renewable Market Watch™ estimated the technical potential for installation of solar photovoltaic power in the country could amount to over 7 GW.

The political system in Hungary

Hungary is a unitary, parliamentary republic. The President of the Republic (János Áder, President since 2012) serves as the Head of State and is elected by the National Assembly every five years. The president is invested primarily with representative responsibilities and powers: receiving foreign heads of state, formally nominating the Prime Minister after the recommendation of the National Assembly, and serving as Commander of the Armed Forces. Importantly, the president is also invested with veto power and may send legislation to the Constitutional Court for review.

Under Hungary’s National Energy Strategy up to 2030, Hungary will aim at ensuring the long-term security of energy supplies and increasing the share of renewable sources in its electricity generation mix, particularly solar photovoltaic, but also notes that fossil fuels, mainly natural gas, will be necessary for future generations. Developing additional nuclear energy capabilities was also outlined as an option to cover the increasing energy demand. The National Energy Strategy stipulates that new power plants will be required to replace those that will become obsolete in the future.

Hungary’s National Energy Strategy up to 2030 was recently updated with an outlook until 2040 focusing on clean, smart and affordable energy while strengthening energy independence as well security and decarbonising energy production. 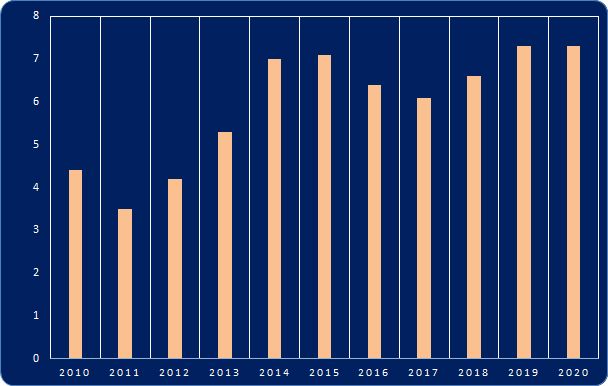 At the end of 2011, the solar PV market in Hungary had only 4MW cumulative installed capacity. By 2015 the cumulative installed PV capacity accounted for 172MW. The main reason behind the slow market expansion was the low and non-functional feed-in tariff and a lack of proper legislative support.

After the positive changes in legislation from 2016, the Hungarian solar PV market started growing and reached 728MW at the end of 2018. At the end of 2020, Hungary had a total cumulative installed solar PV power capacity of 1,953 MW (1.95 GW).

Hungary’s relations with China and Russia

Hungarian Prime Minister Viktor Orban’s ‘Eastern Opening’ policy, set out in 2010, was initially created to make Hungary a gateway to China and Russia in the hope of realisation of huge investment projects. However, the mentioned pro-Eastern vision not only opened the gates to eastern interests as a whole, but there is a sneaking suspicion that Hungary is actually acting as a Trojan horse for wide Chinese and Russian influence across Europe.

Obviously, Hungary’s Prime Minister believes that the economic advantages, which the eastern powers in question can offer are much more than any legal commitments to the Western World. At the same time, Budapest’s pro-Kremlin and pro-Beijing vision is relatively limited by the country’s membership in both the EU and NATO. Nevertheless, Hungary regularly cosies up to China. For example, whilst many European countries are expelling Huawei from developing their 5G networks, Huawei has its largest supply centre outside of China in Budapest.

In addition, after expelling CEU’s American operations from Hungary over fears of ‘foreign interference’, the Hungarian government announced the creation of Fudan University’s first European campus in Budapest, including a public subsidy of over 2 million euro.

It is a well-known fact that Hungary and Russia have close relations (Russia is Hungary’s main energy supplier and it is financing the expansion of Paks, the country’s nuclear plant, which generates approximately 50 per cent of the country’s electricity). More precisely, Budapest expects that Russia's state-owned nuclear construction company Rosatom will accelerate the respective activities on the Hungary's nuclear plant from this autumn.

Furthermore, the Hungarian government had talks with the neighbouring countries to sell any extra electricity once the Paks 2 Nuclear Plant will be fully operative (probably in about a decade).

In addition, in 2021, the Hungarian Foreign Minister Peter Szijjarto signed a new (15-year long) gas supply agreement with the Russian energy company Gazprom. For this reason, Hungary has been criticised by its Western partners (for lining up its energy supplies too closely with Moscow), but Budapest rejects the charges in question, saying it has pursued all the options to diversify Hungary’s energy mix.

The coal-related industry in Hungary

Since 2013, Hungary’s economy has grown strongly and in 2018 its GDP grew by a 5.1%. Additionally, at the end of 2018, the country’s unemployment rate was just 3.6%, thanks partly to the public work scheme. At the same time, due to its relatively limited raw materials (lignite as well as hard coal resources), Hungary is import dependent.

More precisely, Hungary’s lignite and brown coal resources are concentrated mainly in the regions of Transdanubia as well as in Northern and North-Eastern Hungary. Since the closure (in 2014) of the Márkushegy Underground Mine in Western Hungary, all lignite production has been at opencast mines, principally the Visonta and Bükkábrány mines, which belong to MÁTRAI ERŐMŰ ZRT (MÁTRA). The mining fields of these two opencast mines have approximately 770 million tonnes of lignite reserves.

In addition, according to Hungary’s secretary of state for EU affairs, the country’s last remaining coal-fired power plant (the Matra Power Plant) will be shut down in 2025, instead of 2030. Budapest’s competent authorities revealed that Hungary intends to achieve this goal by maintaining the country’s existing nuclear generation capacity and by increasing the solar power production.

In support of these intentions, a 200 MW solar photovoltaic power plant is now planned to be constructed in the Matra Plant’s site, indicating how the clean energy transition can replace coal-related jobs and mine closures actually could bring new opportunities, but at the same time, a 500 MW natural gas plant is also planned to be built in the Matra site, which is considered to be an obstacle to a fast transformation to an entirely renewable energy future.

German project developer ABO Wind commissioned its second solar project in Hungary in 2020. The solar power plant with 6.5 MWp installed capacity is located near Püspökladány in eastern Hungary. The project has been permitted according to the old remuneration system (KÁT) that was in place until the end of 2016. Thus, it is entitled to an indexed fixed tariff of approximately 33 HUF/kWh for 20 years from commissioning. For new projects, an auction system has now replaced the former feed-in tariff.

EDPR enters the Hungarian market with a 50 MW solar PV project. EDP Renováveis, SA (“EDPR”) secured a 15-year Contract-for-Difference ("CfD") to sell energy produced by a solar PV project in Hungary totalling 50 MW and with expected commercial operation in 2022. With this project, EDPR increases its worldwide footprint by entering a new market with sustainable development of its Renewable Energy Source. 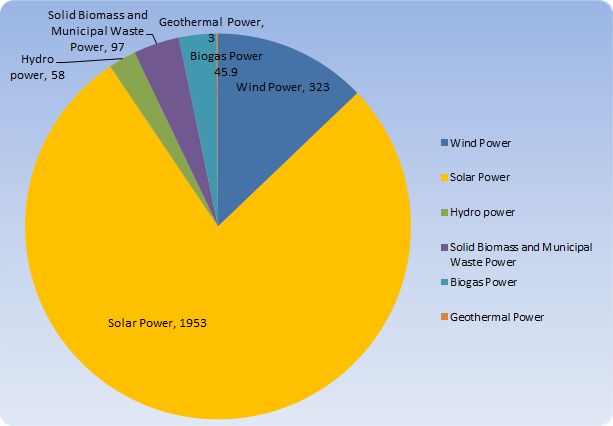 Hungarian alternative energy investment firm ALTEO in 2020 completed the acquisition of a 100 % capital of Pannon Wind Power Generator Ltd. (Pannon Szeleromu). Pannon Wind Power Generator Ltd. possesses and operates a 15 MW wind farm near Babolna consisting of 7 wind turbine units. This transaction will increase the operating wind farm portfolio of ALTEO to almost 50 MW. ALTEO is looking to increase its revenue streams, participate in the energy trading market and has already launched the first energy storage with 6 MW/4 MWh in the country with EPC service by Wärtsilä.

After the very successful first renewable energy tender (METÁR), the second official METÁR tender was held on 15 October 2020. On 11 February 2021, the list of the awarded projects has been announced on the website of the Hungarian Energy and Public Regulatory Authority (HEPURA). Bids have been submitted in two categories. The first one is for small solar PV systems between 0.3 MW and 1 MW capacity, and the second one is for a large-scale solar with a capacity between 1 MW and 49.99 MW.

In brief, remaining loyal to its principles of skilful political manoeuvring between the West and the East, Budapest is probably going to apply these tactics on its national energy policy, too. To be more precise, considering the recent renewal of the above-mentioned gas supply agreement with Moscow, we could suppose that Hungary is going to keep using the above-mentioned Russian gas supplies over a long-term period.

Moreover, we could expect that the country is going to proceed with the expansion of the Paks Nuclear Power Plant, but at the same time, there are some clear signals that Hungary (probably in compliance with the respective EU regulations) will put emphasis on its renewable energy transition. One of the most positive messages in this direction is the decision on earlier shutting down (in 2025) of the last remaining Hungarian coal-fired power plant (the Matra Power Plant) and the parallel construction of a 200 MW solar farm in the plant’s site. In addition, we could also mention the ambitious green campaign for procuring renewable energy generation capacity, recently launched by the Hungarian Energy and Public Utility Regulatory Authority (HEPURA).

Despite Hungary's clearly visible progress in its energy sector restructuring (achieved in the past two decades and evaluated as a promising step in the right direction), Budapest will definitely have to put further efforts into practical realisation of renewable energy projects in order to achieve a more balanced power mix. Taking everything into consideration, we could conclude that a scenario, which includes relatively gradual expansion of the share of renewable energy sources in Hungarian territory is probably the most realistic prognosis.