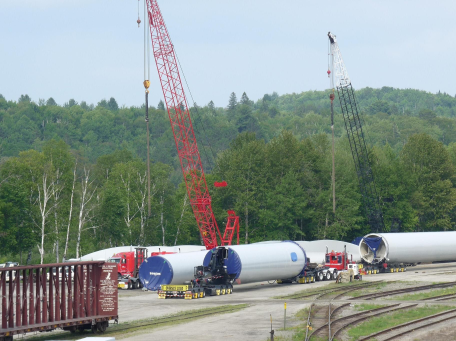 /LONDON, December 16, 2021, 10:00 GMT, Alerion Clean Power, RENEWABLE MARKET WATCHTM/ The Italian company Alerion Clean Power S.p.A. has signed with Black Sea Wind Partners S.r.l. (a leading company in the development of wind projects in Romania) a development agreement for 3 new wind farm projects in Romania, with a capacity of up to 550 MW. The authorization process for the plants under development is expected to be completed by the end of 2024. The agreement reinforces the growth program that Alerion is pursuing abroad, particularly in Romania. Furthermore, Alerion will accelerate the growth in a market with very large growth perspectives, thanks also to the renewable development plans promoted by the Romanian government. In May 2021, Alerion signed an agreement with Monsson Alma to develop three new wind farm projects in Romania with 350 MW total capacity.

The Moldova and Dobrogea provinces (in the southeast of the country, near the Black Sea) were considered the most appropriate areas for wind farm developments, according to the Romania Wind Power Market Outlook 2021÷2030. The southeast of Dobrogea was ranked second in terms of potential in Europe according to specialized studies. Romanian wind potential is estimated at around 14,000 MW (14 GW) installed capacity, generating about 23 TWh. per year.

The energy sector has an important role in Romania’s economy and security policy. At present, we are witnessing a shift from the traditional pillars of the energy sector such as coal-fired power plants, which were the main producer of electricity and onshore fields being the only provider of oil and gas, to an energy sector where hydro and other renewable energies provide the largest share of electricity and where Romania’s oil and gas deposits could register a threefold increase as a result of the new oil and gas deposits discovered in the Black Sea basin.

The power sector in Romania is almost equally divided between renewable and non-renewable energy producers. Electricity in Romania is primarily generated from thermal power plants (coal, natural gas, and oil), with the balance of production from hydroelectric facilities and a nuclear power plant. Taking into account the approximately 3% per year growth of energy demand Romania will need total investments in the energy sector between EUR 15 and 30 billion for the period 2019-2030, most of which according to the government plans shall be met by increases in nuclear, renewable and large hydro capacity.

For 2019 Romania traditionally had the third lowest energy dependency rate (23.1 %) in the EU, due to natural gas and oil reserves and to an oversized electricity production system; in the last several months, because of drought that affected the hydropower generation, the country has shifted from electricity exporter to net importer. Romania’s electricity mix is one of the most balanced in the European Union, with coal, hydropower, natural gas, nuclear energy, and wind power having comparable shares of capacity and power generation. Except for wind and solar, almost all units in the systems are fairly old.

None of the coal power plants in Romania is fully compliant with the Industrial Emissions Directive, most of the power plants benefit from derogations for SO2, NOx and/or PM. This will, however, expire in June 2020. Some are operating without an environmental (IPPC) permit and some of the hard coal units have emissions 10-15 times more than the allowed threshold for SOx. The average age of coal, gas, hydro, and nuclear units, which are larger than 50MW is 39 years: i) 40 years for coal, ii) 47 years for gas (some units previously running on coal), iii) 31 years for hydro and iv) 18.5 years for nuclear. Despite the reduction of the number of green certificates from the beginning of 2014 Romanian market reached more than 3,000 MW cumulative installed wind capacity at the end of 2019.

The more information about the wind power market in Romania including full contact details of wind farm project owners and developers you may read here: Romania Wind Power Market Outlook 2021÷2030