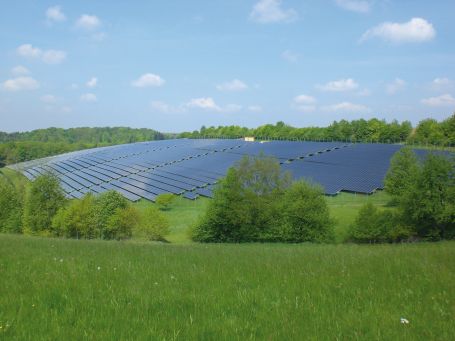 The country has a balanced portfolio of energy generation facilities including, nuclear, hydro, coal and gas-fired plants. According to studies conducted by Romanian Ministry of Economy, Trade and Business Environment, Romania will need additional 20 GW electricity generation capacity by 2035 in order to meet the increasing demand for electricity, to de-carbonize its electricity sector and to replace ageing power generation facilities. Renewable energies are one logical option for this de-carbonization. The remarkable development of the wind sector in Romania in the past 3 years proved that this is possible. Now it is the turn of the solar sector to follow.

Romania is one of the most promising emerging markets for photovoltaic energy investments amongst SEE countries according to Romania Photovoltaic Market: Outlook 2013 - 2018. With the introduction of support mechanisms in the law in 2008 and the subsequent amendments in 2010, 2011 and 2012, Romanian photovoltaic energy market will grow in next years. The country has a cumulative photovoltaic installed capacity of only 29 MWp for 2012 and expected to reach several hundred MWp by the end of 2013.

Currently, Romania gives six green certificates per MWh for electricity produced from solar power plants till 01.01.2014. For the period 2008-2025, a green certificate may be traded within a minimum value for 2012 of € 27/MWh and a maximum value of € 55/MWh. These values are adjusted yearly by energy regulator ANRE according to the average annual inflation index, calculated by Eurostat.

However, according to the recent overcompensation report published at the end of March 2013 by ANRE, the number of green certificates per MWh for electricity produced from solar power plants will be reduced from six to three. A new draft Emergency Government Ordinance (EGO) for the amendment of Law 220/2008 was published on 2 April 2013. This draft proposes granting a certain number of GCs between to have differed for projects commissioned from 01.07.2013 – 31.12.2016 (1 GC/MWh for wind and hydro, 2GCs/MWh for solar PV). Such GCs shall be recovered on stages starting with 1 Jan 2017 for solar PV/hydro projects and 1 Jan 2018 for wind projects. These steps of Romanian government warns that emergent cut in support for photovoltaic projects should not be excluded.

Our forecast for Romanian Photovoltaic Market is moderate positive. We expect market drivers by the end of 2013 to be large scale projects above 1 MWp capacity, including rooftop and industrial installations. More information about this promising market you may read here: Romania Photovoltaic Market: Outlook 2013 - 2018