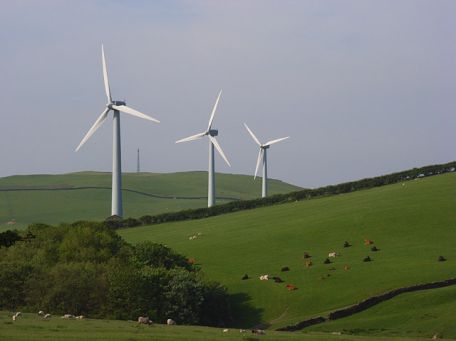 /19th September 2017, RENEWABLE MARKET WATCHTM/ Belarus is located in the centre of Europe. The territory accounts 207.6 thousand km2, and the population is 9.51 million people (2016). Belarus cannot cover its demand for energy with domestic sources because its mineral resources and renewable energy sources (RES) are quite limited according to Belarus Wind Power Market: Outlook 2016 ÷ 2025. The country has to import fuels and energy, mainly from the Russian Federation. The share of the net import of total primary fuel and energy consumption is about 85 % (2016). Belarus ratified the UNFCCC in 2000 and the Kyoto Protocol in 2005. It submitted its first National Communication to the UNFCCC in 2003, followed by communications in 2006, 2009 and 2013. For the second Kyoto Protocol commitment period (2012-2020), Belarus committed to cut emissions by 8% compared to 1990, which was later increased to 12%. It has also initiated a process to join the Annex B of the Kyoto Protocol to become eligible for carbon emission trading. The Ministry of Natural Resources and Environmental Protection is responsible for implementing the UNFCCC. The State Commission on Climate Change co-ordinates the work of other state administration bodies (Department for Energy Efficiency of the State Standardisation Committee, Ministry of Energy, Ministry of Housing and Communal Services, Ministry of Forestry, Ministry of Agriculture and Food, Ministry of Economy, National Statistical Committee) and other state organisations.

The main goal of state energy policy in Belarus until 2020 is to modernize the national economy based on energy-efficient technologies and provide national security in the energy sector. Belarus has good wind energy resources among other counties in the CIS region. Wind energy can contribute to improved energy security, a lowered dependence on energy imports, and can help Belarus meet its climate change contributions under its international carbon reduction agreements.

The potential of wind energy in Belarus is estimated to equal 1.9 – 2.0 Mtoe per year. The potential of wind farm energy is estimated at 220 billion kWh. A survey has been done by the government resulted in 1,840 sites fit for placing of wind turbines with the potential energy output of over 1,600 MW. There are three regions with the largest potential to produce electricity from wind turbines in Belarus: Hrodna, Minsk and Mogilev regions. Feed-in tariff for wind energy has been updated in Belarus in May 2015 combined with 20 years PPA period is expected to pave the way for fast further growth of wind energy market in Belarus. On the next chart, you will see VAISALA Wind Dataset 5km Onshore Wind Speed at 80m Height in Belarus in m/s. 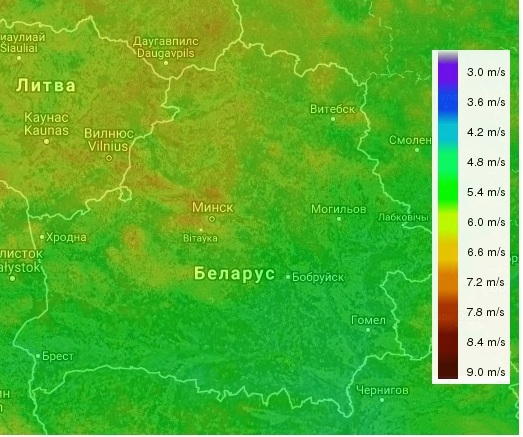 More information for wind power market development in Belarus you may read in: Belarus to Increase its Wind Power Capacity to 500 MW by 2030