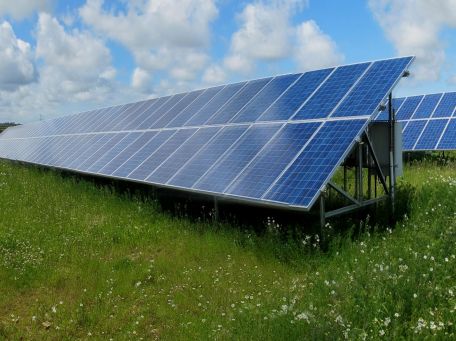 /25th August 2016, RENEWABLE MARKET WATCHTM/ Belarusian mobile operator Velcom informed about the opening of the largest solar PV power plant in the country till the moment. It is located Bragin in the southern part of Belarus. This solar PV power plant has 22 MWp capacity and covers an area of more than 41 ha and with 85,000 solar PV modules delivered by Chinese solar manufacturer Risen Energy Co Ltd. This solar project represents an excellent example of how the land contaminated by the Chernobyl accident can be used to generate clean power. Approximately €24 million ($ 26.4 million) have been invested in the project. The main priority of energy policy and strategy in Belarus according to CIS Countries Photovoltaic Market: Outlook 2016 ÷ 2025 released by the RENEWABLE MARKET WATCHTM, is to provide a reliable and sustainable energy supply for the national economy while reducing dependence on energy imports and improving the financial stability of the sector. Both renewable energy and energy efficiency have been identified as priorities to achieving these aims; however, most of the energy sector change will be due to a new planned nuclear power station, expected to become partially operational by 2020.

Renewable energy in Belarus accounted for 5.5% of TPES in 2015. Nearly all renewable energy is from biofuels and waste, with negligible amounts of hydro, wind and solar PV. Energy from biofuels and waste has increased by 43.4% since 2004, that is significantly faster than the 3.6% growth in TPES. As such, biofuels and waste have increased their share of the energy mix over the past decade, up from 3.8% in 2004. Hydropower production has grown three-fold over the past decade, albeit remaining at shallow levels. Wind power production began in 2012, while solar PV power started in 2014.

Given its modest natural resources, Belarus produces around 13% of its energy needs, with total energy production of 3.81 Mtoe in 2015. Belarus relies on imports from Russia to meet most of its energy needs. Belarus is also an important part of Russia’s gas transit corridor to Western Europe. Matters related to natural gas transit, including the infrastructure, system operation, tariff structure and technical services are carried out under a bilateral agreement with Russia’s Gazprom.

A new “Concept of Energy Security” came into force on 1 January 2016, the main energy policy document in Belarus. Policy objectives have remained the same compared to the previous policy document, including an increase in the use of local fuels and a reduction in gas import dependency; expanding trade and regional co-operation; strengthening state control while allowing legal protection for smaller private companies; developing new technologies; and a reduction in the GDP energy intensity of Belarus.

For more information about this promising solar market, please visit: